Meet the Woman Helping Gamergate Victims Come Out of the Shadows

Shannon Sun-Higginson was investigating sexual harassment in gaming before Gamergate was even a thing. She almost single-handedly made GTFO: The Movie, a documentary about women in gaming debuted SXSW in March, stoking an ongoing debate over accusations that gaming culture is sexist. The film was released for the general public on iTunes last week and TIME caught up with Sun-Higginson to talk about the reactions she’s been getting, why gaming matters, and what surprised her about the trolls.

You said you’re not a big gamer yourself, so why did you make this documentary?

A friend of mine sent me a video of a woman being sexually harassed during a gaming tournament. It was 15 minutes long. I was shocked, like many people are when they see something like that. So I just started shooting it that weekend. I knew that sexual harassment was rampant, but I didn’t know just how bad it was.

For me what was most striking about that video was that this guy was harassing this woman but there were tons of people around. It was an officially sponsored event, and he just felt comfortable enough to harass this woman, he was part of an environment in which he felt like he could do that. One of the things that we really try to get across is that watching it happen to other people is being complicit.

I think that anybody who cares about gender equality would care about this subject. I’m trying to shine a light on a niche industry, but it’s really so mainstream. Every kid plays video games—it’s a topic for parents and feminists and scholars.

But some people argue that equality in video games isn’t as important as, say, equality in medical school. Why is it so important that women be accepted in gaming?

Video games are just the clearest and most current example of a group trying to enter an industry and being rejected and harassed. As technology develops, there will be new examples and new fields. It has happened in medicine, it has happened in law, it has happened in literature—games are becoming so much a part of our everyday lives, just as movies are. Just as there are terrible gender ratios in film, the same thing is happening in gaming. Games are important in that they are ultimately for fun, but the games are a reflection of us and we of them.

Besides, games have a lot more merit than people give them credit for. There are educational games, there are world building games, the genre is really just at the beginning of such an enormous and exciting creative possibility space.

What was something surprising you learned while making this movie?

I was surprised and thankful that so many women were willing to talk to me on the record about this. Their interest in getting this issue out there is more important to them than the ramifications. I was expecting way more rejections or requests for anonymity.

What did you learn about women gamers?

I was impressed by these women who stay in games, even though some of them are getting harassed multiple times a day.

A lot of these women in the movie are friends with each other. Every woman who referred to another woman in the movie was more concerned for their friend than they were for themselves. They’re getting harassed, and they’re really just trying to look out for each other.

And I found that women often go hand in hand with the independent games, made by smaller developers.

And what did you learn about the trolls?

I was definitely surprised by how many of them were adults. When you think of people saying really obscene things online, you think it’s a teenager. Hearing those adult male voices was pretty shocking.

Did you meet any of them in person?

I definitely didn’t want to give a voice for those people in the movie. And I shot it almost entirely by myself, and that’s just not a situation I wanted to put myself in.

What is the lesson you hope people take from your film?

At the other end of that message, there’s a mom and you just told her you’re going to murder her children. This isn’t just going out into the interwebs, this is a real person, and she deserves respect.

Have you faced any backlash yourself?

Something that I found kind of funny is that people have been putting negative reviews online, but because of what they refer to in the movie I know that they haven’t watched it. People were giving me negative feedback on the movie when the Kickstarter ran, which is before the movie even existed.

There are legitimate criticisms you can make about the movie, and I’m interested in what people think about it. So if you’re going to hate-watch it, can you actually hate-watch it and tell me what you think?

You can buy GTFO here, or download it on iTunes. 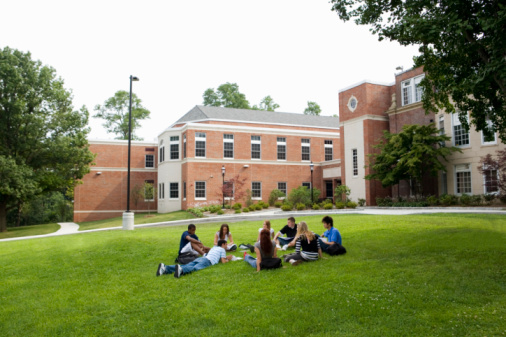 How to Make the Most of Summer College Courses
Next Up: Editor's Pick