This Kind of Fat Messes With Your Memory

The latest study gives support to the Food and Drug Administration’s (FDA) decision to phase out the fats in three years. In a report published Wednesday in the journal PLOS One, researchers say that eating any amount of trans fats, such as those found in processed baked goods and cookies and some margarines, can wreak havoc on your memory.

Dr. Beatrice Golomb, professor of medicine at University of California San Diego, and her colleagues analyzed diet information on 1018 healthy men and women who were part of a study on cholesterol-lowering drugs. The participants answered detailed information about what they ate, including how their food was prepared, and the scientists then calculated the amount of trans fats the volunteers consumed based on their responses. Each participant also took part in a word recall test to measure their memory; they were presented with a series of word cards; the first time they saw a set of 104 cards, then they saw another set in which only 22 words remained the same, and were asked to identify which were new and which were repeats.

MORE: This Is Why FDA Is Banning Trans Fats

When the researchers matched up trans fat consumption with performance on the memory test, they found that those with the highest trans fat in their diet labeled the most words incorrectly. And, this effect seemed to be worse among younger volunteers than older ones.

“These results fit with other work showing that trans fats are key to brain function, including mood and behavior,” says Golomb. “And now we have another outcome showing that they adversely impair cell energy and oxidative stress.”

While her study didn’t delve into how the trans fats are impeding memory, there is ample evidence that trans fats promote oxidative damage to cells. The presence of the fats can lead to a higher level of unstable oxygen molecules which can in turn destabilize DNA, proteins and other fats, prompting affected cells to die off. Some studies show that the memory center of the brain, in the hippocampus, is particularly vulnerable to such changes, which could explain the results Golomb saw.

The fact that the younger participants seemed to show worse effects than older ones may simply reflect the fact that older people are already experiencing declines in memory due to other, cumulative effects of brain injury, from poor sleep to a lifetime of traumatic injuries. In older people, the difference in memory changes won’t be as robust as they are in younger people.

MORE: Trans Fats Are Hiding All Over Your Grocery List

Essentially, for every gram per day of dietary trans fat the participants ate, the volunteers were able to accurately recall 0.76 fewer words. The FDA currently allows companies whose products contain 0.5g of trans fats to label them as having zero trans fats; even if a person eats eight such products (a reasonable amount, considering they’re found in canned chili, frozen cheesecake and popcorn) for a total of 8g of trans fats, that would mean they might remember three fewer words on the memory test on average. “That association does not appear to be tiny in my view,” says Golomb.

“There is no good consumption or exposure level; there is no positive purpose in my view of trans fat consumption,” says Gololmb.

The FDA, it seems, finally agrees. 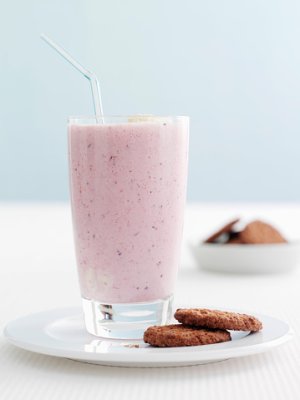