Women who had been exposed to higher levels of the pesticide DDT while in utero face increased risk of breast cancer later in life than those who were exposed to lower levels, according to new research.

Researchers evaluated 54 years of data from women starting from the time they were in utero. Out of 9,300 women who had been tracked from even before birth, the study authors identified 118 women who had been diagnosed with breast cancer. Women whose mothers had been exposed to significant levels of DDT during pregnancy were four times as likely to have had breast cancer as their counterparts who had been exposed to a small quantity of the pesticide, according to the findings.

“Environmental chemicals have long been suspected causes of breast cancer, but until now, there have been few human studies to support this idea,” she said.

The United States has banned DDT, one of the first known endocrine disruptors, since the 1970s. Still, many potentially affected women who were born that era are just reaching the age when they are at increased risk for breast cancer. Despite research that has found many health risks of DDT—the pesticide has been linked to Alzheimer’s disease, obesity, and kidney and ovarian diseases—some countries still use the chemical to fight malaria. The study authors say policymakers should consider the study as they evaluate whether to continue using DDT. 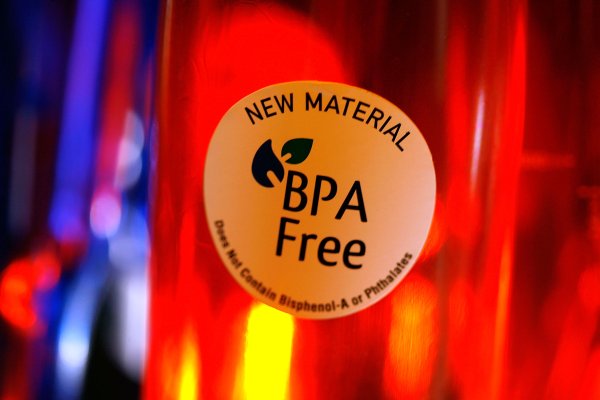 Why It's Hard To Be 'BPA-Free'
Next Up: Editor's Pick