Here's What Jon Stewart Has to Say About Rachel Dolezal

Of course Jon Stewart was going to weigh in on the saga of Rachel Dolezal, the former leader of the Spokane chapter of the NAACP, who stepped down after her parents publicly revealed that she’d been misrepresenting her race.

It’s Easy to Dismiss Debutante Balls, But Their History Can Help Us Understand Women’s Lives

Dolezal has been portraying herself as African-America for a decade, but as her parents revealed, she’s actually of Czech, Swedish and German descent. Or, as Jon Stewart calls it: “really f—king white.”

But the Daily Show host doesn’t just mock Dolezal herself, he also calls out Fox News for attempting to connect this one isolated incident to the wider political landscape.

“How do you make all these sweeping generalizations about it anyway?” Stewart said. “One lady in Washington State’s second-largest city pretending to be black: ‘Well, clearly liberal culture has reached its nadir.'”

To further discuss the story, Stewart turns to his “senior black correspondent,” who turns out to be the very white Jordan Klepper. 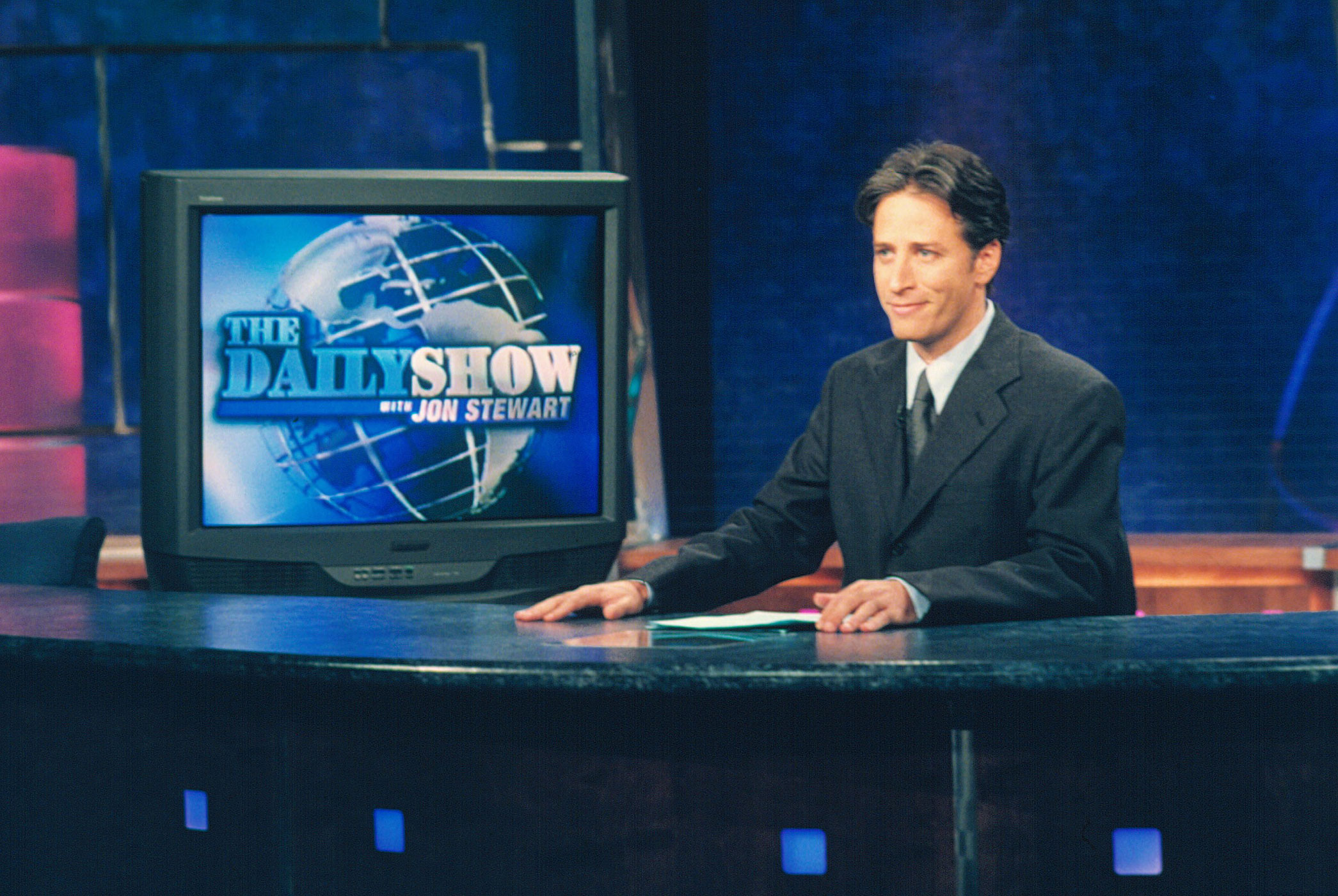 Jon Stewart takes the reins as anchor of The Daily Show in 1999.
Comedy Central/Everett 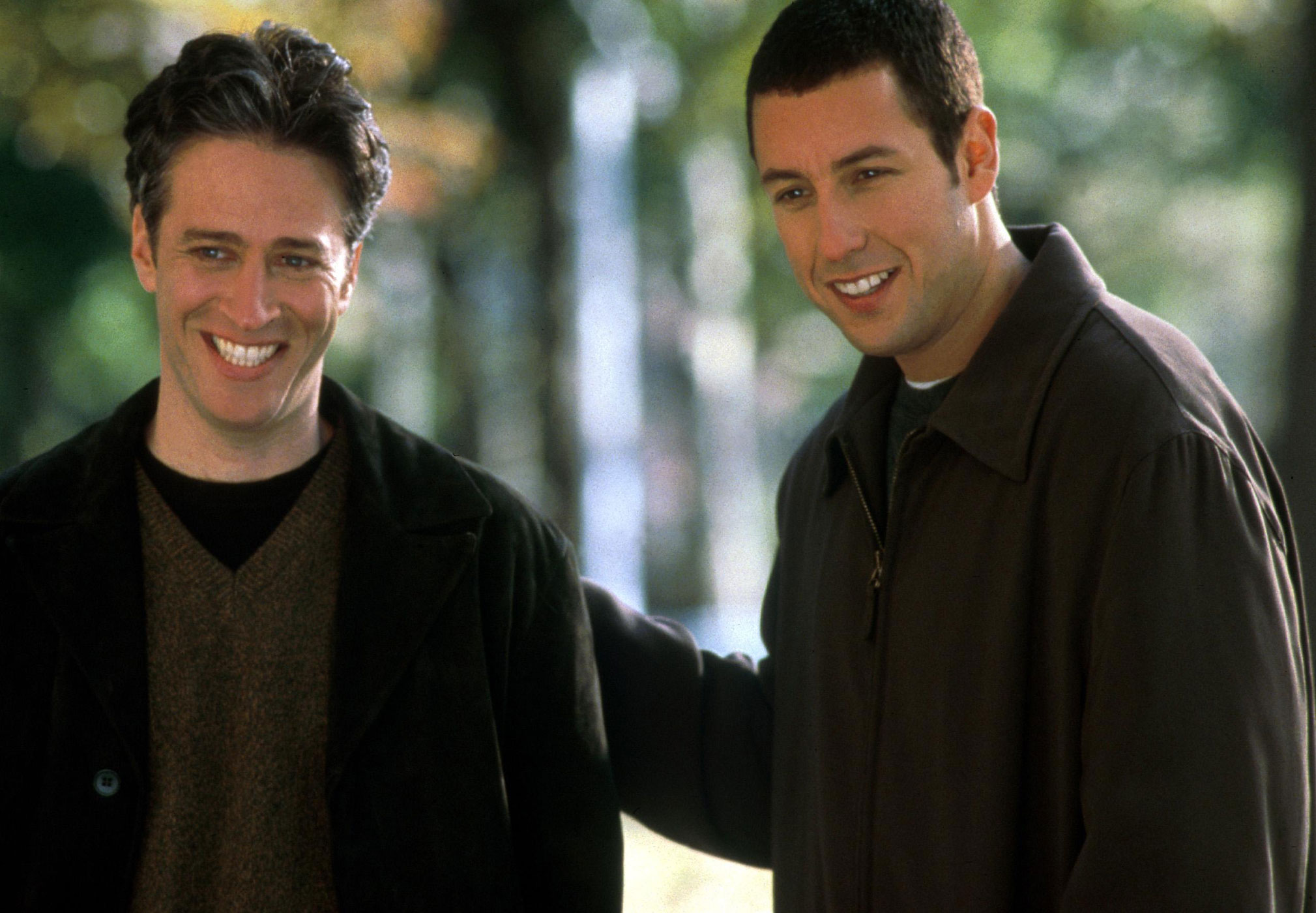 Stewart gets a cameo as Kevin Gerrity in the 1999 Adam Sandler movie Big Daddy.
Columbia 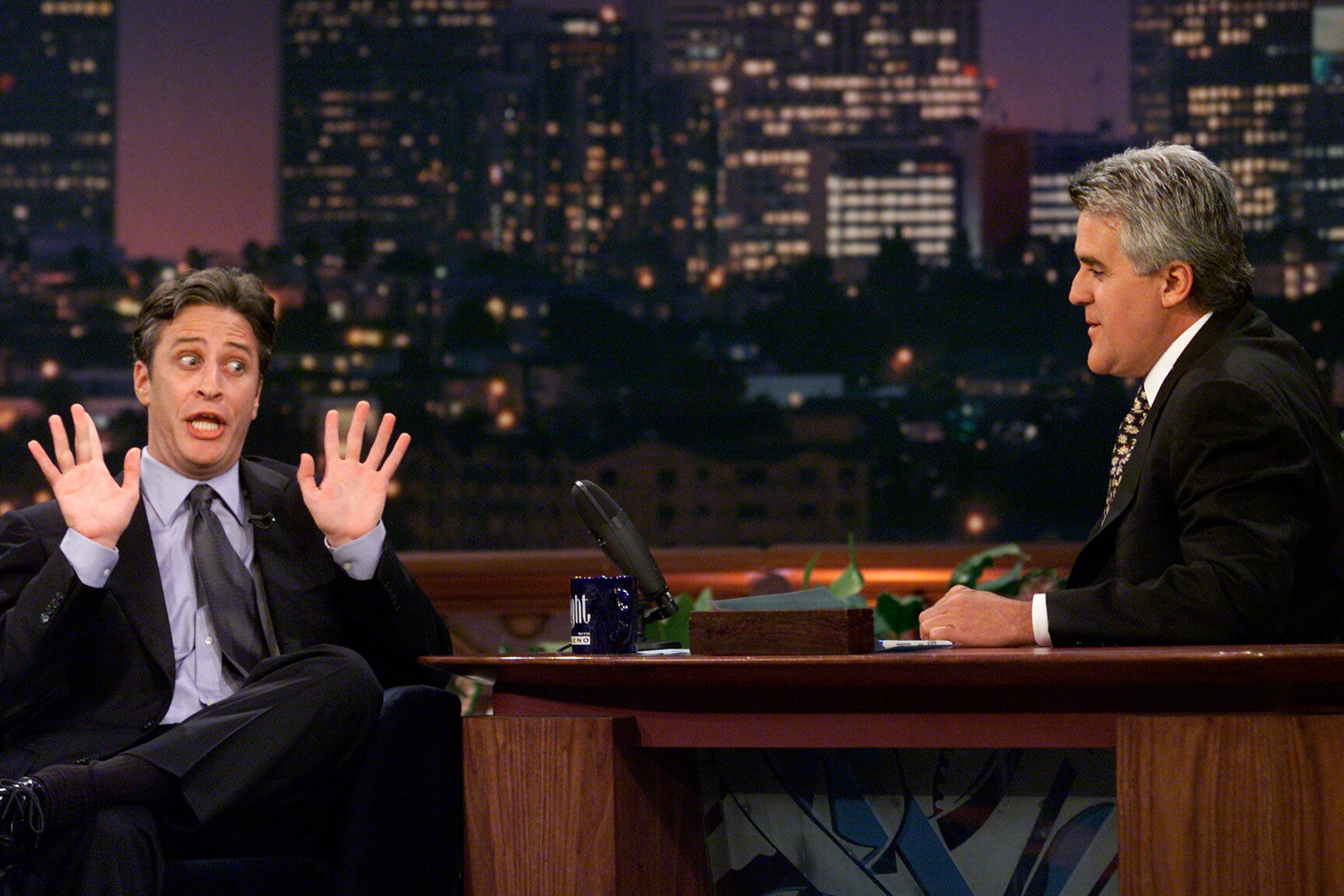 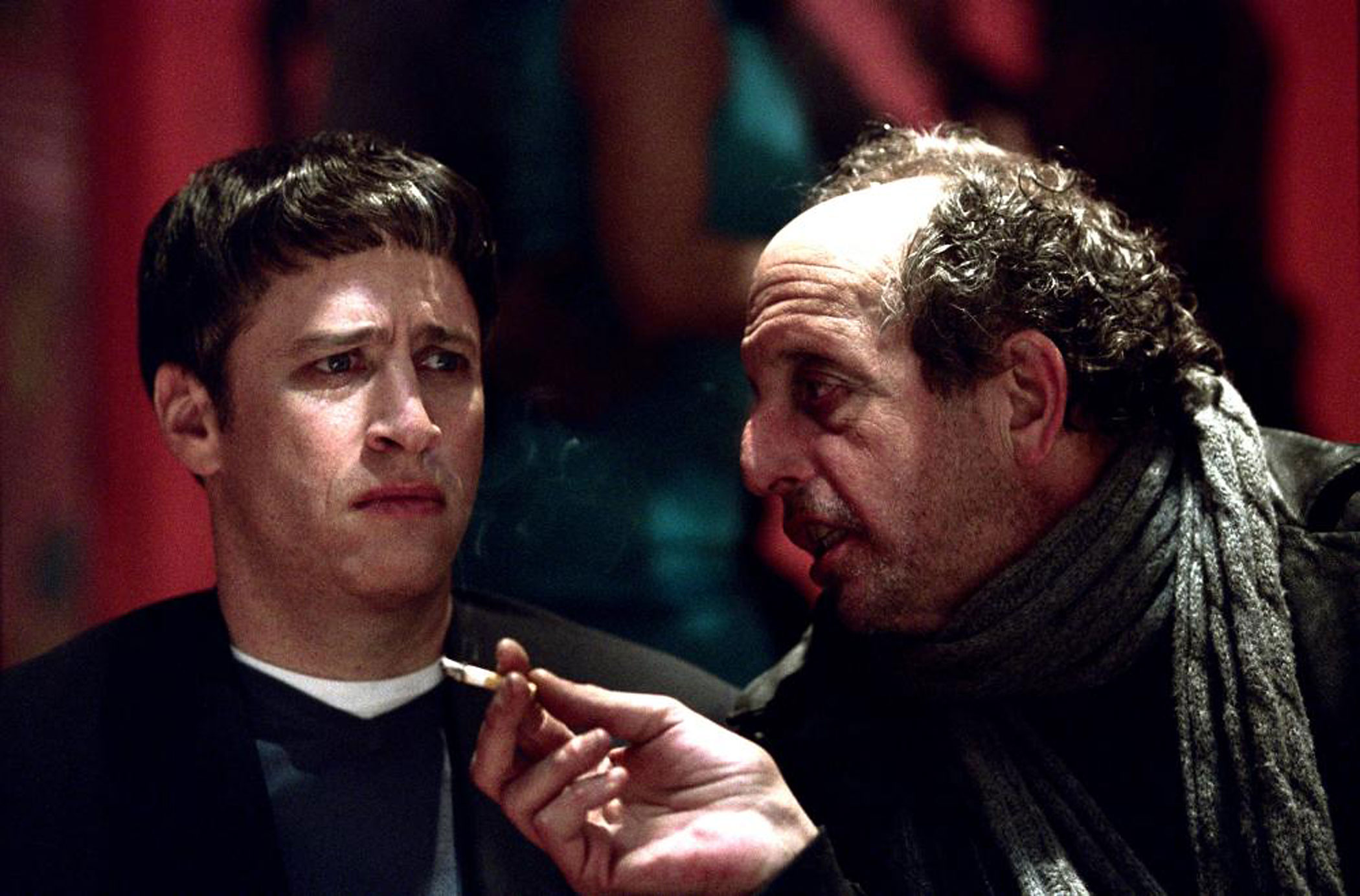 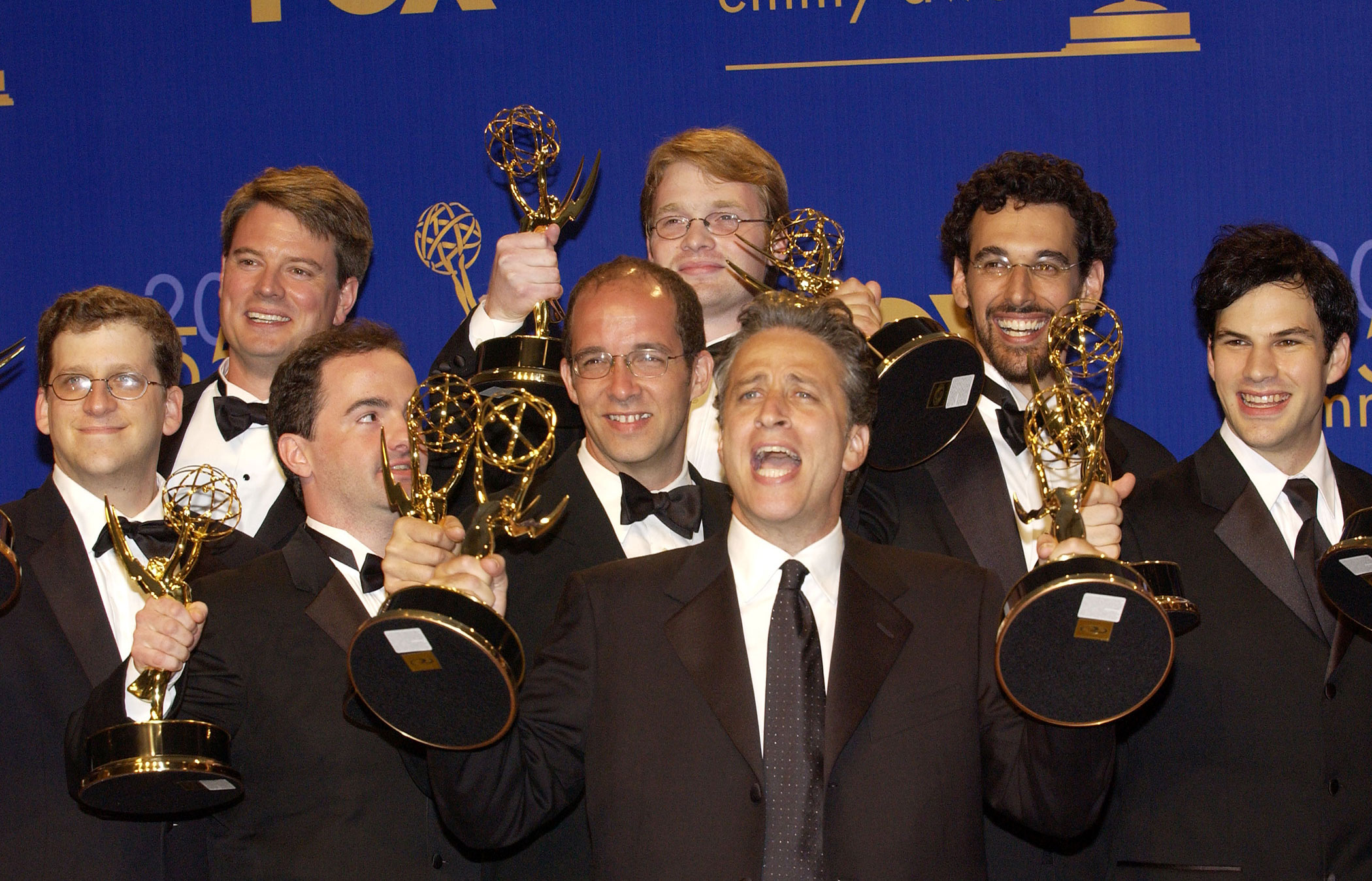 Jon Stewart and his team win the first of many Emmys for The Daily Show in 2003.
Chris Weeks—FilmMagic/Getty Images 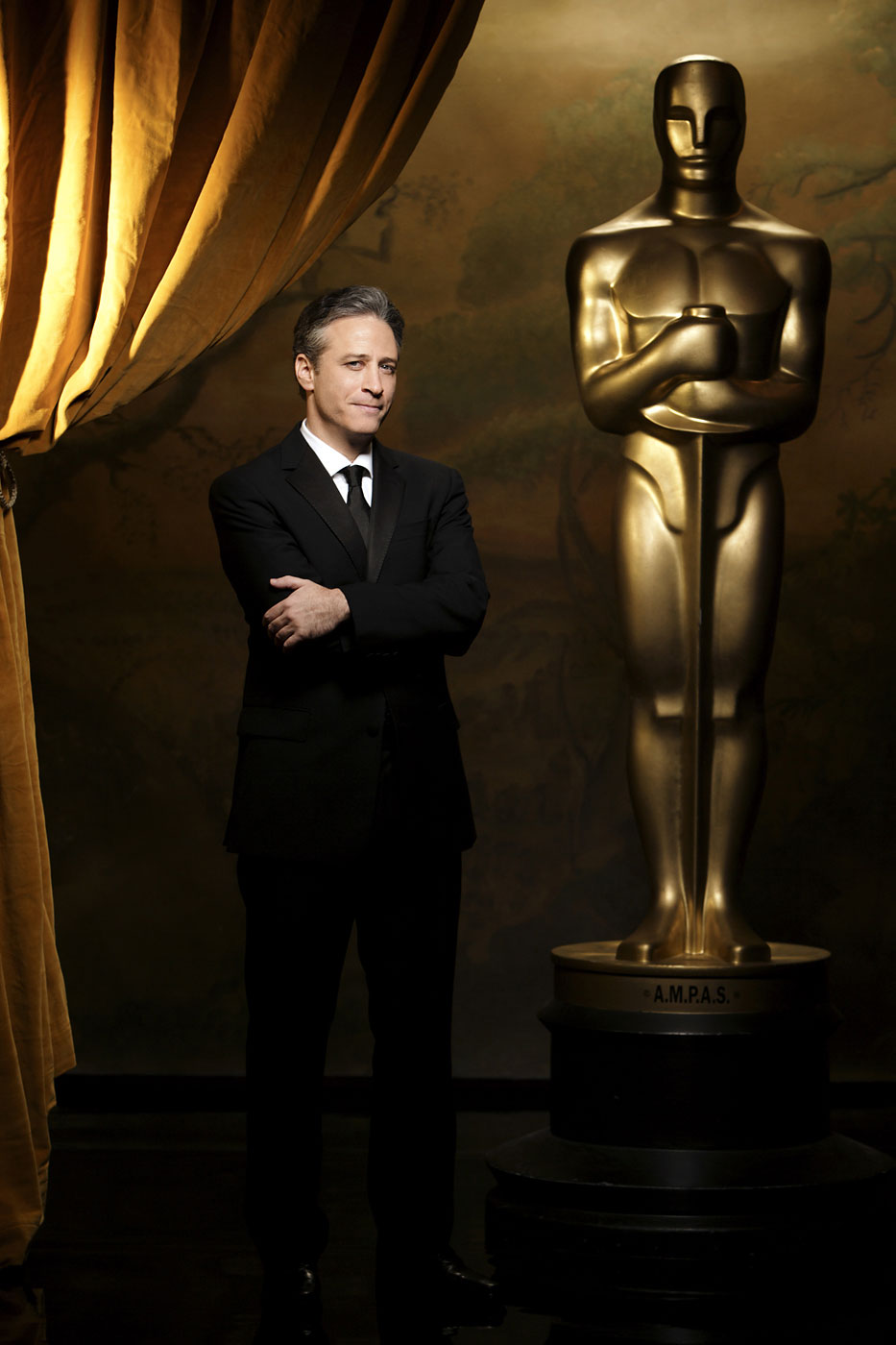 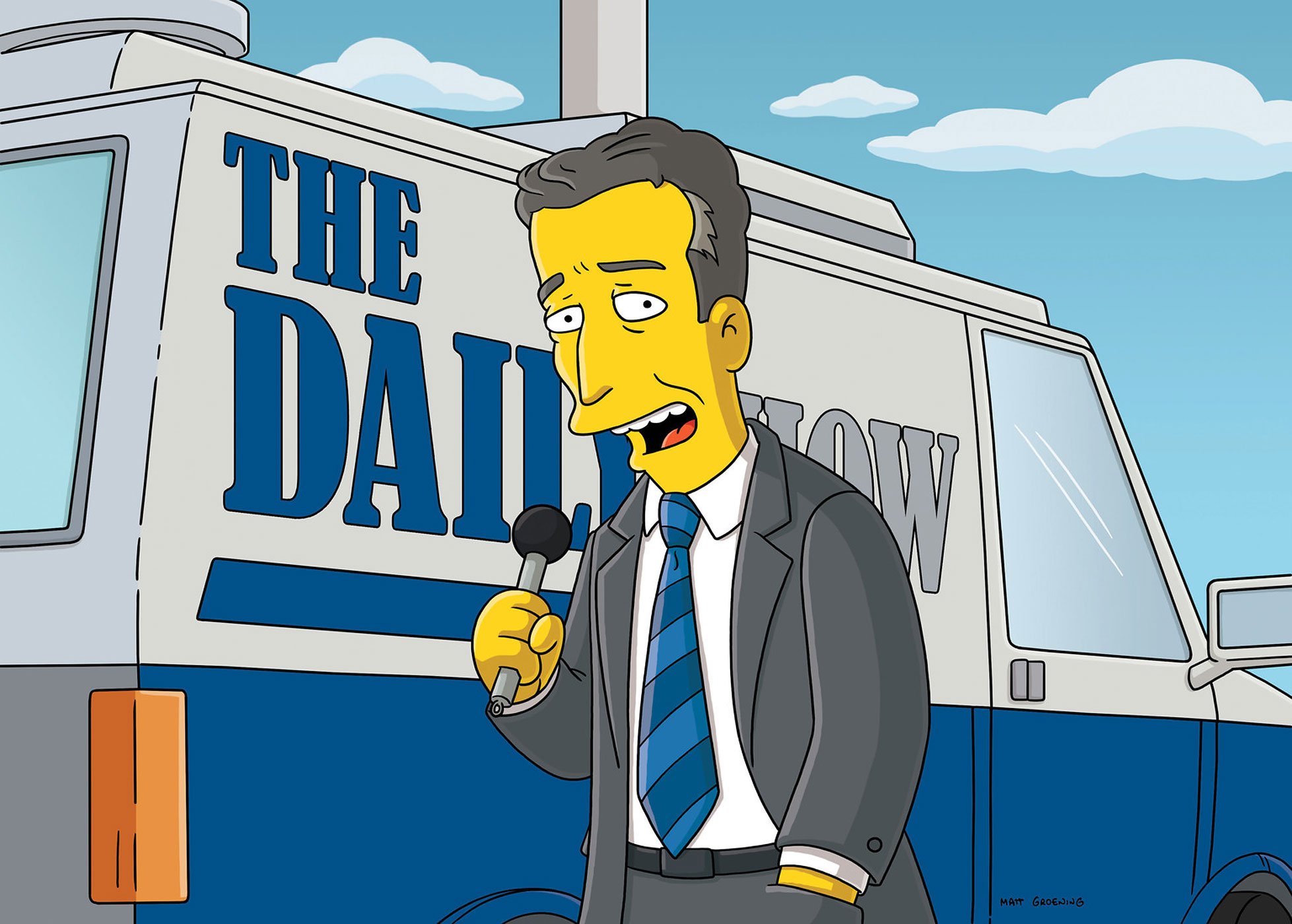 Stewart has a cameo as himself on The Simpsons in 2008 in the episode "E Pluribus Wiggum."
Fox 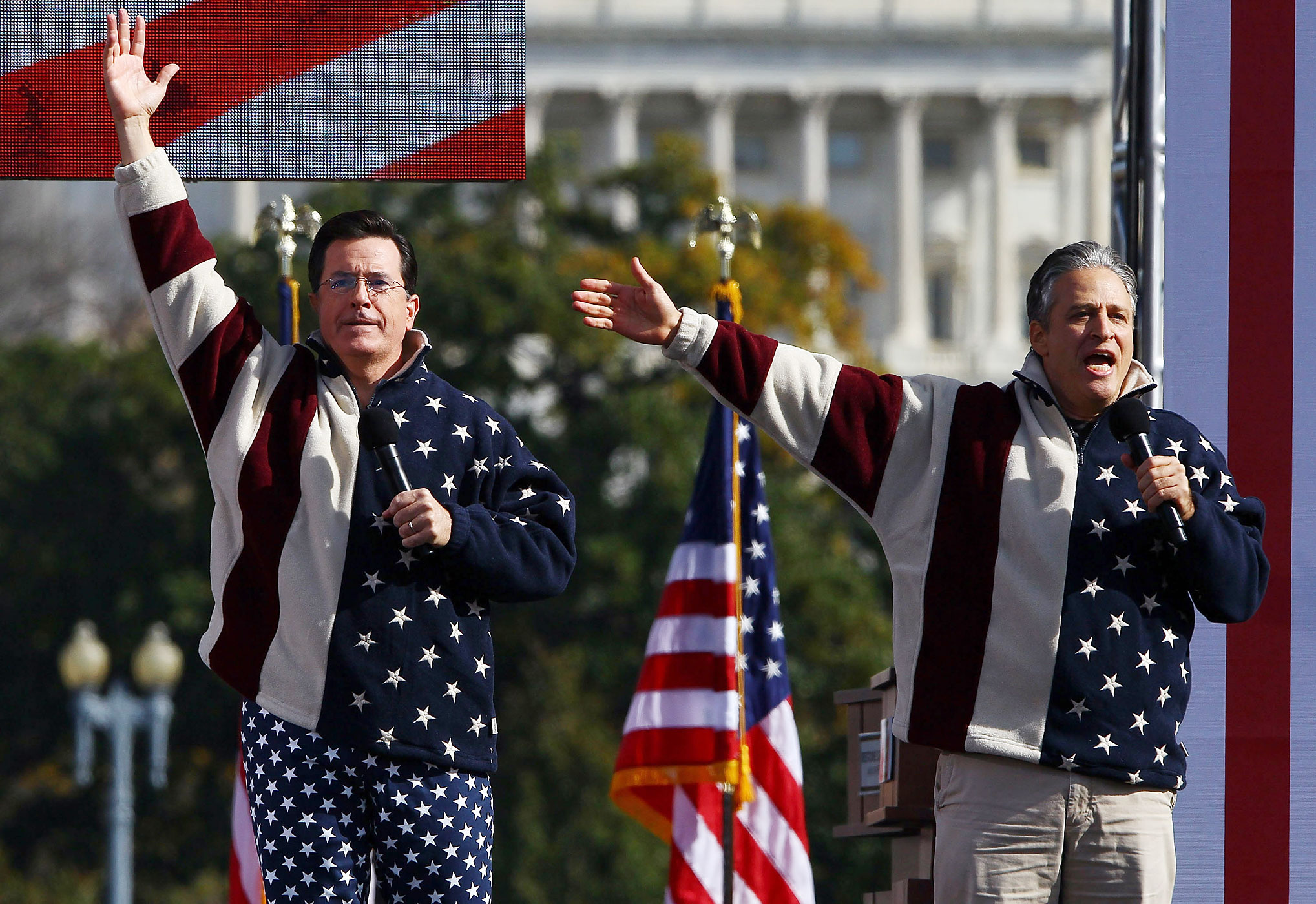 Steven Colbert and Jon Stewart host the Rally To Restore Sanity And/Or Fear on the National Mall on Oct. 30, 2010 in Washington, DC.
Win McNamee—Getty Images 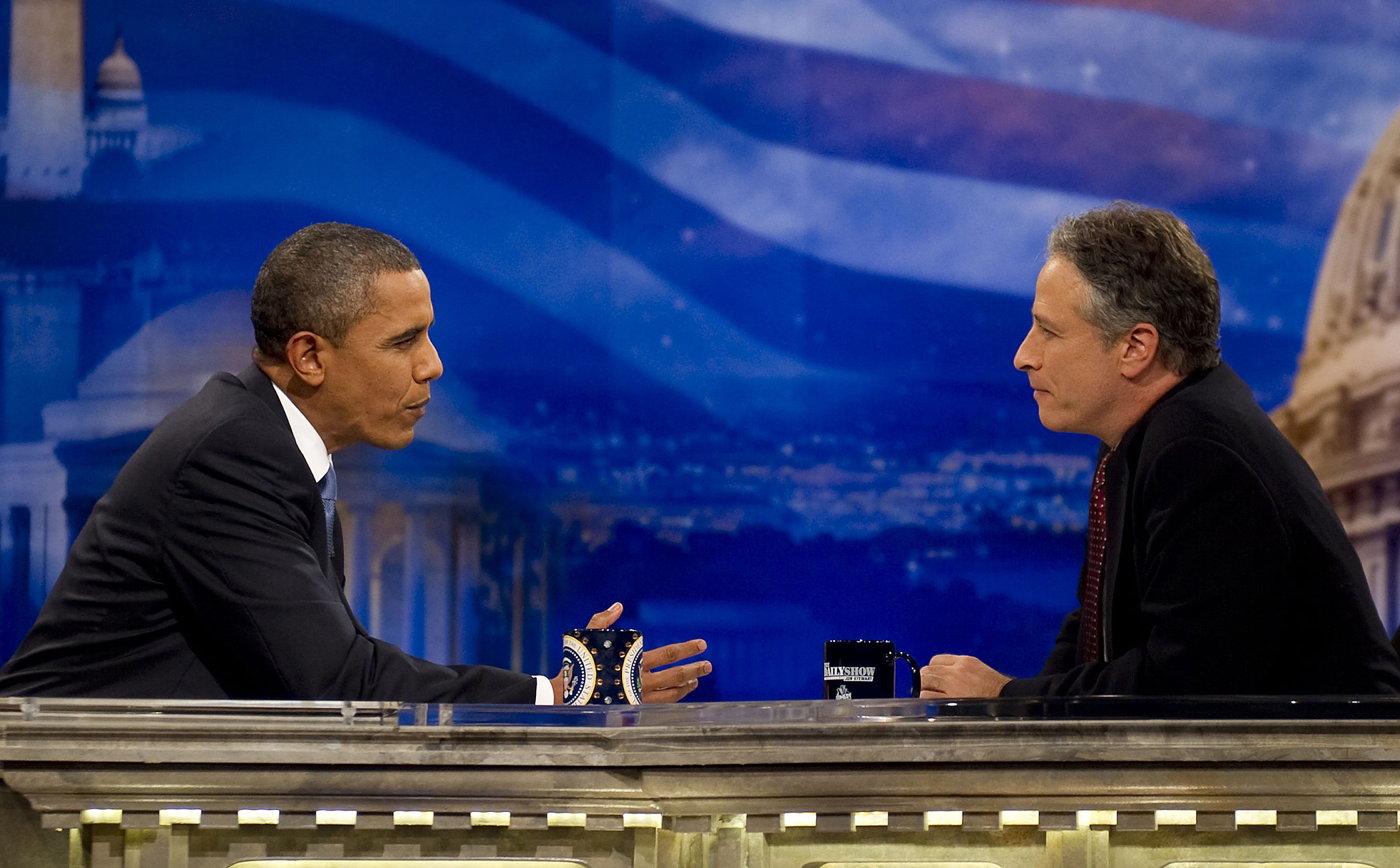 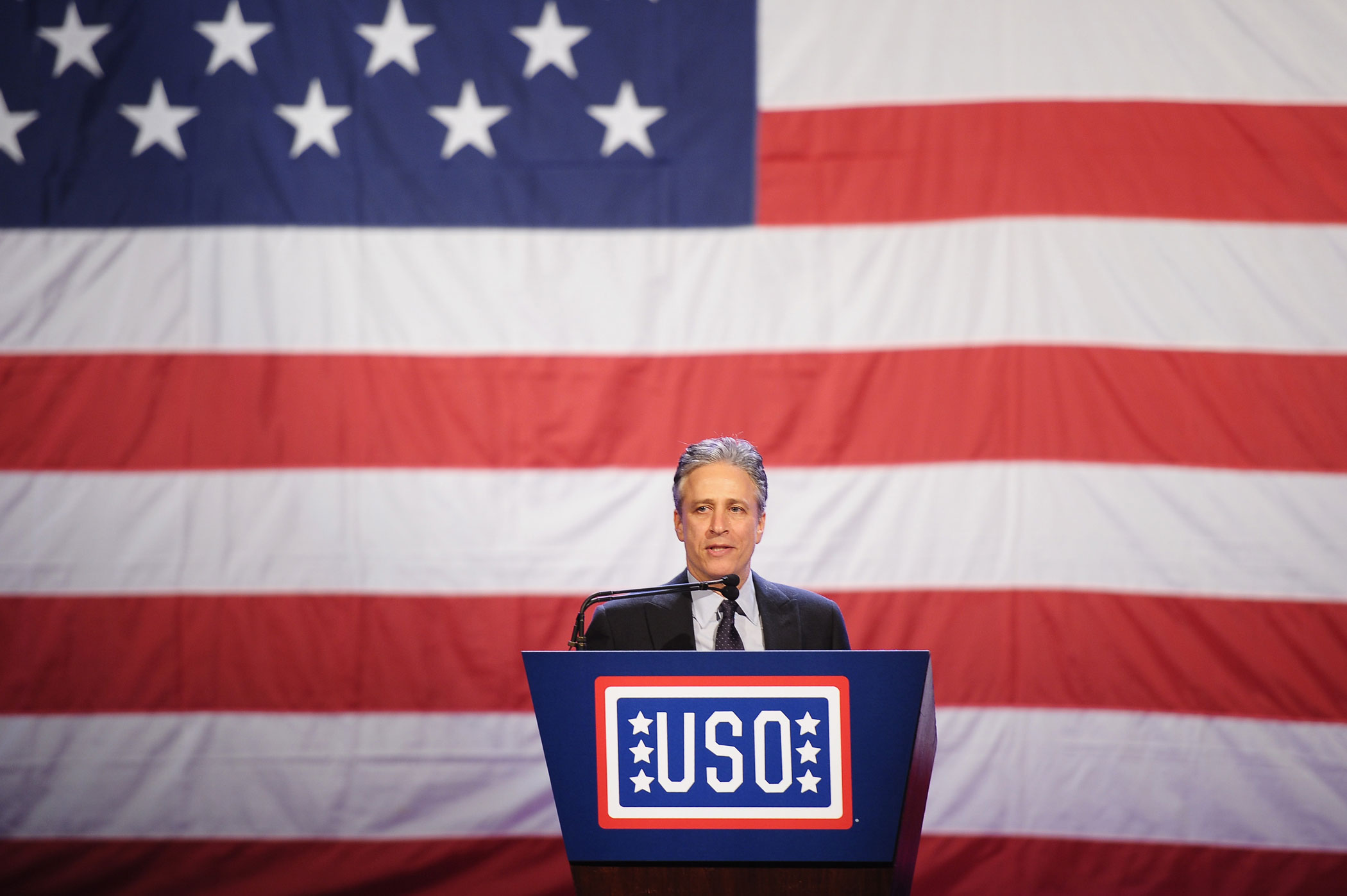 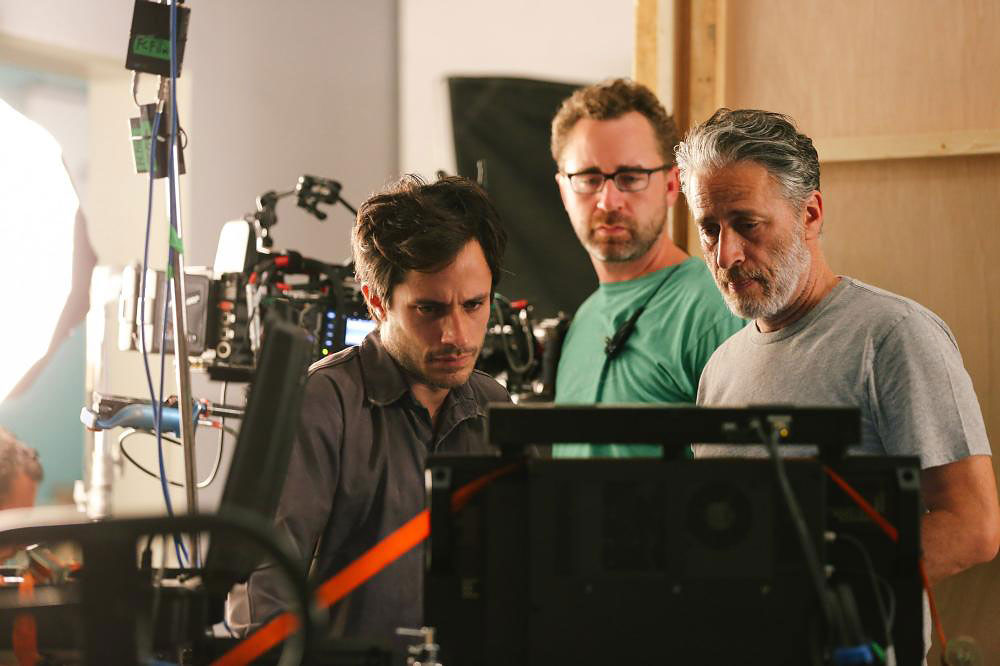 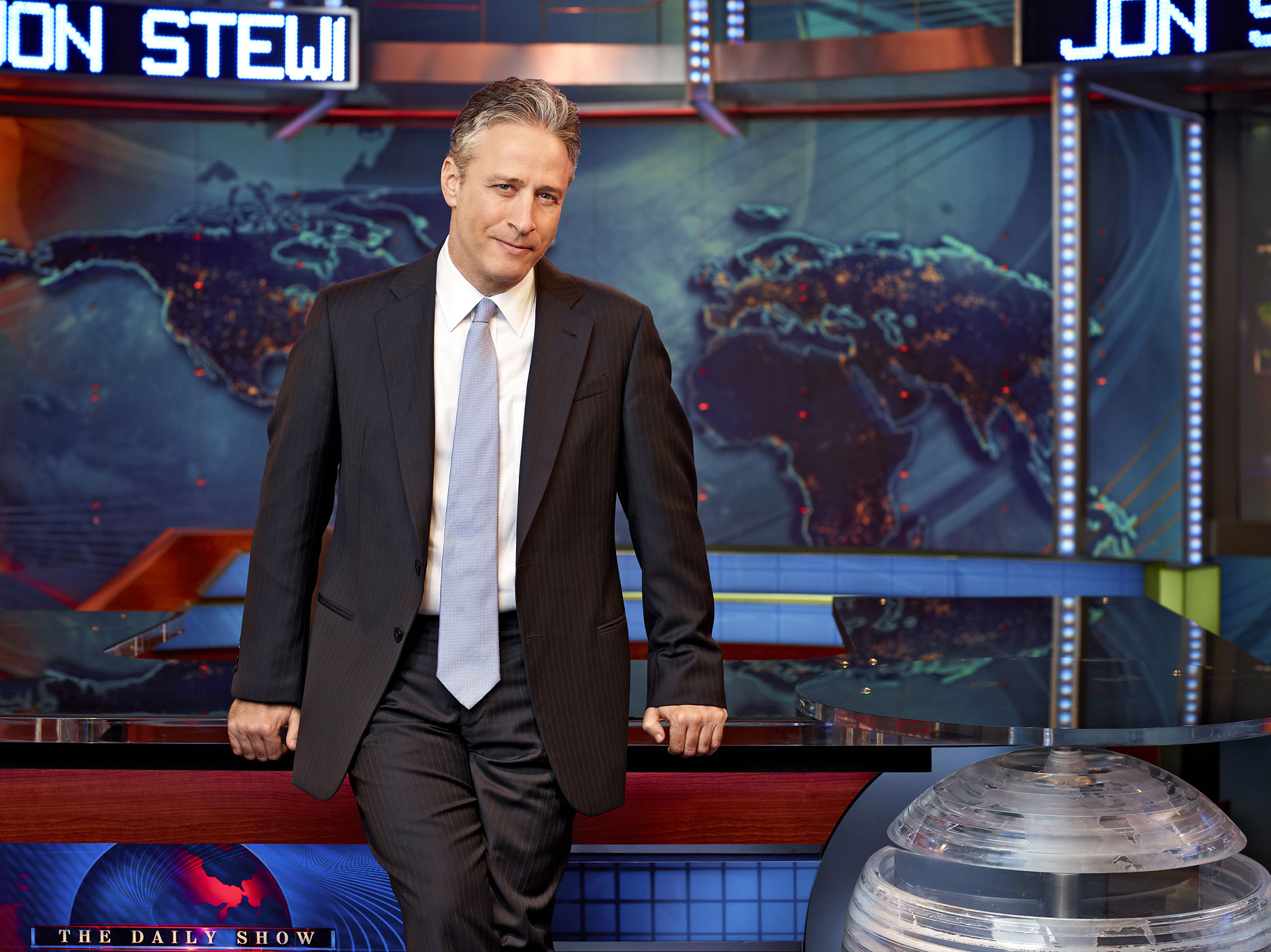 Jon Stewart announces his retirement for the end of 2015.
Comedy Central
1 of 12
Advertisement

Read next: Rachel Dolezal Breaks Silence: ‘I Identify as Black’