You Asked: Can Deodorant Give You Cancer?

If you’ve seen the 1989 film Batman—the one with Michael Keaton and Jack Nicholson—you’ll recall that the Joker terrorizes Gotham City by slipping toxic chemicals into cosmetics: while no single item is lethal, combining deodorant with shampoo and lipstick could kill you.

It’s hard not to think of that movie while chatting with toxicologists who study the potential risk of deodorant and antiperspirant ingredients, especially parabens and aluminum. However, according to the American Cancer Society’s website, there is no “clear” or “direct” link between parabens or aluminum and cancer. The National Cancer Institute site says “more research is needed.”

The FDA, for its part, says “FDA believes that at the present time there is no reason for consumers to be concerned about the use of cosmetics containing parabens. However, the agency will continue to evaluate new data in this area. If FDA determines that a health hazard exists, the agency will advise the industry and the public.

But “absence of evidence is not evidence of absence,” says Dr. Philip Harvey, editor-in-chief of the Journal of Applied Toxicology.

Dr. Philippa Darbre, an oncologist at the University of Reading in the U.K., has published more than 30 research papers on those substances found in underarm deodorant and other personal care products. She says that many of these ingredients are concerning on their own. But the health risks of each may be greater—and more difficult to identify—when you consider the complex chemical cocktails that form when they combine.

For example, her research has detected parabens—a category of chemical that acts as a preservative in some underarm and personal care products—in women’s breast tissue, though how those parabens got there and what happens when they are in breast tissue is unknown.

In Darbre’s experiments, combining different parabens with human cells creates activity that may contribute to the development of cancer. But attempts to find these links in humans—as opposed to in petri dishes—have produced inconsistent results. One 2002 study found no correlation between underarm product use and breast cancer; a 2003 study did find ties. Darbre says both studies have flaws and leave many important questions unanswered.

Like Darbre, Harvey has looked into the ways cosmetics interact with your body. He says wiping these chemicals under your arms and on the sides of your chest or breasts “could provide a route of almost direct exposure to underlying tissue containing estrogen receptors.”

Both parabens and aluminum are “estrogenic” chemicals—meaning they interact with your body’s hormones or cells in ways similar to estrogen. That’s concerning, because excess estrogen plays a role in promoting the growth of cancer cells, according to the National Cancer Institute. While many experts think cosmetic chemicals like parabens have only “weak” estrogenic activity, Harvey doesn’t agree. He says, “It is often quoted that parabens are thousands of times less potent than estrogen in terms of their estrogenicity. This can be misleading and ignores actual exposures.”

Harvey says his own calculations suggest these cosmetic chemicals may “significantly add to estrogenic burdens.” Because of that, he says he questions the wisdom of including any chemical with known hormonal activity in your personal care regimen.

But until he and other researchers are able to explain—and demonstrate—the ways these chemicals cause health problems, no regulatory changes are likely.

That’s because unless a chemical is proven harmful, regulators allow you to eat it, smoke it, brush with it or slather it on your body. Finding that proof of harm is a difficult, costly and time-consuming proposition. Darbre says researchers can’t simply mix some human cells and some chemicals in a test tube and watch for cancer to pop up.

So where does that leave deodorant and antiperspirant users? Largely in in the dark, Darbre says. “People want a simple fix,” she says. “Unfortunately it is not simple.”

Until more is known, consumers are in a bind. “Avoiding certain publicized chemicals is only the tip of the iceberg,” she says. Darbre says she switched to a twice-daily regimen of underarm cleaning with soap and water. (“No one has yet complained!” she jokes.) Frequent pit scrubbing may seem unnecessarily laborious—or just plain weird. But if you’re concerned about the chemicals you rub on your body, regular bathing might seem like an attractive alternative. 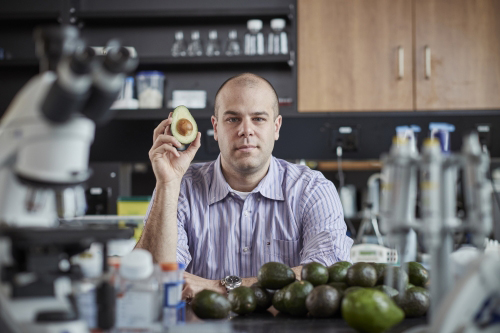