Review: Ryn Weaver Won't be Pinned Down on The Fool

Music criticism isn’t lacking in trite synonyms for female singers: songstress, chanteuse, diva. Ryn Weaver, the 22-year-old behind last year’s out-of-nowhere Internet hit “OctaHate,” doesn’t mind one of the most notorious. “I’ve always had this imagery of … [me] as a siren, one of the ladybirds on the rock, and I feel like I let him pluck my feathers, one by one,” she told the New York Times about the breakup that inspired parts of her much-hyped debut album, The Fool, out now.

But if she’s going to embrace clichés, there’s another that feels more appropriate: songbird. On track after track, Weaver and her fluttering trill glide over verses, soar over swooping chorus and chirp high notes at the heavens. Her voice may be the most unique thing about her, and there aren’t many artists who can joke about getting a record deal through Tinder; there are fewer still whose breakthrough single featured contributions from Charli XCX, Passion Pit frontman Michael Angelakos and pop hitmakers Benny Blanco (Katy Perry, Kesha) and Cashmere Cat (Ariana Grande, Kanye West).

Like an alt-pop Avengers, that’s a lot of star power assembled on behalf of an artist who went from total unknown to SoundCloud sensation almost overnight. But Weaver, born Erin Wüthrich, has a knack for bringing seemingly disparate elements together. There’s often as much going on underneath her voice on The Fool as there is in the album’s credits: “OctaHate” rocks back and forth over what sounds like a marimba; the title track sports what sounds like ukelele strums but climaxes with a flurry of synthesizers. There’s booming percussion worthy of a Game of Thrones battle scene, twinkling chimes that sound like an iPhone getting a text, synths that buzz and hum like winged insects.

Some songs have more vibes than substance, but the throughline is Weaver’s vibrant storytelling. On “Pierre,” the most immediate track after “OctaHate,” Weaver spins yarns about flings with tantalizing details that never give the full story. “I found me a lover who can play the bass / he’s kind of quiet but his body ain’t,” she sings in the first verse. Sometimes she goes for celestial diva—“Free” opens with little more than her voice and needs little else—and other times Weaver indulges her folksy singer-songwriter side. The quiet “Traveling Song” ends with an acapella coda so enchanting and strange (there’s a shout-out to turtle soup) you might not notice the music fading out at first.

Reconciling those two sides of herself doesn’t interest Weaver, but it does puzzle many who encounter her. In interviews, she’s talked about the pressure to fit into an arbitrary binary of “manufactured” pop stars and totally DIY songwriters. A few critics have been brutal about her ambivalence toward embodying one or the other completely. But it’s a sign of versatility, not an identity crisis, that Weaver can be so weird on The Fool and still write for coolest-of-cool Gwen Stefani with the rest of the “OctaHate” team. (Also: Show me a 22-year-old who has identity all figured out.) It’s exciting, not confusing, that she can work with the folks who cook up steely club-bangers and still crash your next open mic night. Delivering a dozen “OctaHate” clones may have made a stronger album, but it wouldn’t have been as interesting. Let someone else worry about the marketing—those who let that obscure The Fool’s potential are the real fools here. 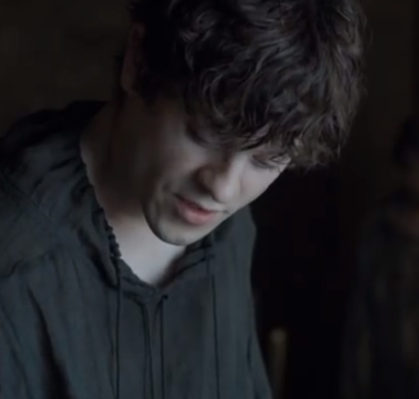 This Game of Thrones Video Reimagines Ramsay Bolton as a Nice Guy
Next Up: Editor's Pick