The Bachelorette Recap: Will You Mariachi Me?

Welcome back to The Bachelorette, where we rejoin Kaitlyn’s journey to find Love and Truth and a man who is here for the right reasons and looks good in roses and isn’t wearing too much cologne (just guessing about that last part). When we last saw our fun-loving, loud-laughing heroine, she was considering giving Nick V. another chance at love. While even onion-loving Ashley S. thinks it’s a bad idea, Kaitlyn decides she has to trust her heart and invites Nick on to the show. She swears that she didn’t want to hurt the guys’ feelings, but did anyway.

The Nick Situation: When we last saw Nick, he was engaged in the hellish act of trying to pull a suitcase through Times Square, a torture so horrible that even the Greek gods couldn’t have devised it. After that travail, he had to go to a hotel room with a dozen men who hated the fact that he was there to prove he was there for the right reason. Nick swears to the men that he is not there to cause drama or to make a scene, but because he likes Kaitlyn. The men prove that they are well read on their supermarket tabloids and grill Nick about the fact that he hung out with Bachelorette Andi a month ago. Nick swore it was just to bury the hatchet (in her back, probably). He swears he is here for Kaitlyn, but one man demands to know whether she is “just a cool chick or an amazing woman to you?” but there is no right answer to that question.

The Cocktail Party: The men take over Citi Field, because with the addition of Nick, they don’t fit anywhere else in New York City and/or the Yankees don’t have time for this nonsense. The men are not thrilled to have Nick in their midst, but J.J., who is not here to make friends anyway, doesn’t care and takes advantage of the awkwardness to get some alone time with Kaitlyn. He picks her up and runs the bases, but does not score a home run. (That comes later in the season, hopefully with someone else.)

The Rose Ceremony (Finally!): Kaitlyn walks the men out to shiver on the field and lines them up like it’s an execution (of hearts). To recap, Jared, Justin and the dentist already have roses. So Ben H. gets the first rose, followed by the other Ben, Shawn, Tanner, Joe, Ian, J.J., Joshua, and then Chris Harrison finally shows up to announce that it’s time for the final rose. Obviously it goes to Nick, because why else is he here? Ryan, Jonathan and some other guy who does not look even mildly familiar (maybe he’s a Met hanging out in the off-season?) are sent home, and the men grumble that Nick took a rose that belonged to someone more deserving. In case you didn’t think Kaitlyn was a good actress, she probably earned herself an Emmy nod for being able to say that she’s “always wanted to go” to San Antonio with a straight face.

First Date: Kaitlyn wants to get to know Nick, but not as much as she wants to get to know Ben H. For their trip to San Antonio, they have a true Texas date complete with flannel and denim, cowboy boots, red Ford trucks, country dancing and lots of dance-as-marriage metaphors. They compete in a dance competition and lose, so Kaitlyn vandalizes the oldest dance hall in Texas with a “K + B” in a heart. Then they make out outside to give the old folks something to talk about. Over dinner, Kaitlyn doesn’t want to talk about his past relationships, but totally does. So he tells her about his broken engagement over their uneaten entrées. He passes her “openness” test, which is only nominally different from a Scientology personality test, and earns a Date Rose (from Kaitlyn, not Xenu).

Group Date: While everyone expects Nick to get the remaining one-on-one date, Kaitlyn surprises them by dunking him in the deep end of a group date to see if he will sink or swim like a witch. This week’s challenge is to write and sing a mariachi song — and to steal Kaitlyn’s heart back from the most adorably, brash little mariachi muchacho ever, Sebastian De La Cruz and his band El Charro De Oro. The men dress in traditional outfits and embarrass themselves by serenading Kaitlyn with their own mariachi songs. As the newbie, Nick knows he has to go big or go home, so he makes an extra spectacular spectacle of himself. As Jared says, “Nick has the worst voice I’ve ever heard, but he owns it.”

The After Party: Josh decided to use a haircut as a metaphor for marriage and it did not work out well. He trusts Kaitlyn, but apparently she was not worthy of that trust and Josh ended up with a half-bald head and all the men laughing at him. Nick uses his time with Kaitlyn to make out with her, which does not make Josh any happier. So Josh and his half head of hair go to tattle to Kaitlyn that he doesn’t think Nick is here for the right reasons. Josh says everyone hates Nick being there and is lying to her about it. She decided to confront the men about their “dishonesty,” but they all deny it and Josh looks like a troublemaker and Nick gets the Date Rose.

Second Date: Kaitlyn invited Shawn to go kayaking in San Antonio, and they spend the bulk of their time together talking about Nick and Josh, which are the most romantic conversation topics. Then they make out on a bridge. Later they snuggle by a campfire and Shawn opens up about being hit by a car and then tells her that he is falling in love with her. Kaitlyn tells the camera that it felt “like her husband” telling her that. She hands him the Date Rose and informs the camera that she feels like she is falling in love with Shawn.

The Alamo: Ian decides he has had enough, and if Kaitlyn doesn’t want to date a Princeton man who has been around the world a few times, he’s going to go home. Does she know he went to Princeton? Maybe he should mention it a few more times to make sure she is aware of that fact.

The Cocktail Party: Kaitlyn makes all the men toast to honesty before spending some alone time with each of them. Jared tells her he’s falling in love with her, and she makes out with him while thinking of Shawn. Meanwhile, Ian is on a tear because “against all his logic,” Kaitlyn doesn’t seem to like him and “he’s a gift you unwrap for life.” He sits her down on a couch and tells her that he thought she was going to be brokenhearted and despondent over getting dumped by Chris, and he is disappointed to see that she’s recovered from that heartbreak and now just wants to make out with a bunch of hot guys. He’s not into her and is going to make sure she knows it. Strangely he didn’t mention Princeton even once. Maybe that will happen … next week on The Bachelorette. 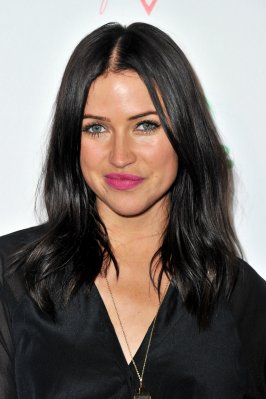 Did <i>The Bachelorette</i> Star Accidentally Reveal the Winner on Snapchat?
Next Up: Editor's Pick