The Wests are going in a different direction with baby names.

If you were expecting Kim Kardashian to name her second child South, guess again. In an interview with NPR’s weekly quiz show, Wait Wait … Don’t Tell Me!, the pregnant reality star insists that name is off the table.

Daughter North — who turns 2 Monday — already has the “better direction,” according to her proud mama. “I don’t think we’ll go with another direction.”

Previously speaking out about his daughter’s name, Kanye West told radio station HOT 97 that he doesn’t like it when people refer to North’s name as weird. The proud father explained that North’s name is “innovative and fresh.”

Suffice to say the new West baby — whether it be a boy or girl — will have an equally impressive name.

And although rumors persist that the couple are expecting a son, Kardashian West took the time to put those theories to rest — again!

One thing that is true: West is more than ready to be a father of two.

“Right now I just want to take some time to really focus on my album … focus on North’s birthday, just focus on my family and then be able to recharge, energize and then bring something of value,” he previously said. “I’m completely boring actually … I gotta focus on the kids.” 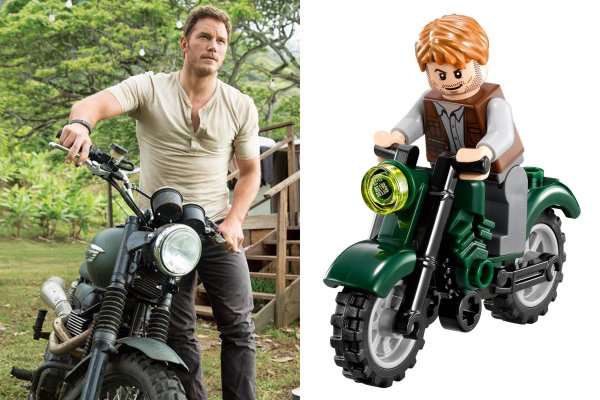 See Celebrities and Their Lego Figures
Next Up: Editor's Pick