The Sudanese President's Escape Highlights the Determination of African Lawyers

Sudanese President Omar al-Bashir is seen during the opening session of the African Union summit in Johannesburg on June 14, 2015
Shiraaz Mohamed—AP
Ideas
By John Prendergast and Akshaya Kumar
John Prendergast is the founding director of the Enough Project, where Akshaya Kumar is a policy analyst.

Sudan’s President Omar al-Bashir, who has been dodging an International Criminal Court (ICC) arrest warrant for years, is now safely back in Khartoum. But he returns branded with the scarlet letter of a wanted man, a fugitive from international justice.

Over the weekend, a South African judge responded to a local group’s petition for his arrest by issuing a court order preventing Bashir, who stands accused of genocide, war crimes and crimes against humanity, from leaving the country. Bashir was in South Africa to mingle with other presidents and prime ministers at the African Union’s semi-annual summit. The AU’s ongoing opposition to the ICC’s work in Africa had a prime position on the agenda. But creative lawyering helped South African civil society groups steal the headlines and turn the summit’s spotlight back to Darfur’s long-suffering people.

Undoubtedly, South Africa’s judges and lawyers are this story’s heroes. On the morning of June 15, Judge Dunstan Mlambo ruled that his government’s failure to arrest Bashir is inconsistent with the South African Constitution. The judge demanded an account of how Bashir was allowed to leave the country despite a court order prohibiting it, when he left and who signed off on his departure. While some may frame Bashir’s brazen escape as a setback for the international justice movement, the South African court’s commitment to upholding the rule of law must be applauded. Moreover, the South African Litigation Center’s brave challenge of their government’s decision to allow Bashir immunity should be celebrated. Today, African lawyers and judges stood together in solidarity with African victims to push for justice against one of Africa’s most notorious perpetrators of human rights abuses.

Unfortunately, South Africa’s ruling African National Congress (ANC) did not do the same. A representative for the ANC said on Sunday that the ICC was “no longer useful for the purposes for which it was intended.” On Monday, South African government lawyers appeared in court to argue against an arrest warrant, notwithstanding their obligations as a signatory to the Rome Statute, the treaty which requires states to uphold and enforce ICC actions. After originally feigning ignorance of Bashir’s whereabouts, after the court demanded his arrest, a government lawyer finally confessed that Bashir had left the country.

The opposition of African heads of state to the international justice movement is not news. While charges of orchestrating murder, rape and persecution were hanging over his head, Kenyan President Uhuru Kenyatta labelled the International Criminal Court a “toy of declining imperialist powers.” Even though the court recently dropped its charges against Kenyatta in part because of disappearing or intimidated witnesses, African leaders’ heated animosity towards the ICC has not chilled.

Communities that have lived through these crimes, however, tend to have a distinctly different point of view.

In Darfur, where hundreds of thousands continue to be displaced by government violence, survivors are vehement in their calls for criminal prosecution and accountability. In neighboring South Sudan, people share the same view. A June 2014 study (in South Sudan by the American Bar Association) found that “every person interviewed indicated that there must be accountability, at all levels, for the atrocities committed during the current crisis.” In a 2010 survey by the University of Berkeley’s Human Rights Center, 98% of respondents in the Central African Republic said the people responsible for the violence should be held accountable. Even as their governments obstruct international justice efforts, communities that have suffered through mass atrocities continue to demand accountability. Luckily, creative lawyering is helping to put international criminal justice back in vogue.

This weekend’s dramatic court proceedings in South Africa are just one example. On the other side of the continent, an innovative approach to universal jurisdiction has led to a new hybrid court in Senegal, where Chad’s former dictator, Hissène Habré has been living in exile. A quarter century after his fall from power, civil society groups demanding Habré’s prosecution have finally succeeded in getting their day in court. In July, Habré’s trial for crimes against humanity, war crimes and torture will begin at the Extraordinary African Chambers in Senegal’s court system. This hybrid approach represents the first time that a universal jurisdiction claim has gone to trial in Africa.

Seventy years ago, Robert Jackson inaugurated the International Military Tribunal at Nuremberg by expressing the hope that those prosecutions would “put the forces of international law, its precepts, its prohibitions and, most of all, its sanctions, on the side of peace.” Winston Churchill, in contrast, believed that Nazi leaders should be “hunted down and shot.” However, in the end, a more measured approach prevailed, substituting the hand of vengeance with the judgment of the law.

A decade after Darfur first entered headlines for the Sudanese government’s abuses against its marginalized Fur, Masalit and Zaghawa communities, Bashir’s forces are continuing that campaign. Impunity has allowed the same Janjaweed forces who directed attacks over a decade ago to be given charge of better equipped and government financed terror brigades called the Rapid Support Forces. In Darfur, due to the Sudanese government’s obstruction, international law’s force has yet to be put to service on the side of peace.

But there is a silver lining. From the African Union-backed effort to prosecute Habre in Senegal, to the South African court’s ruling on Bashir’s arrest, accountability efforts are gaining ground. Despite head of state opposition, creative lawyers, civil society groups in Africa are recapturing the best of the legacy of Nuremberg. 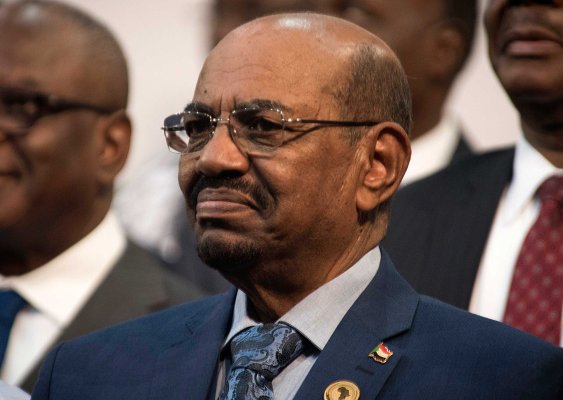