Stevie Wonder and Prince had a jam session at the White House over the weekend, but the public and the press weren’t invited.

The event was not included on the President’s public schedule, though a White House spokesman confirmed it after the fact. Most information about the event came from social media posts of guests, many of whom were celebrities.

During a regularly scheduled press briefing Monday, White House reporters grilled spokesman Josh Earnest, who said that the Obamas will personally foot the bill for the party.

“The point is that the President and First Lady—and I think most people across the country would acknowledge, that is an appropriate thing for the president and first lady to do,” Earnest said. “Which is to open their house up to guests for a private party on a Saturday night.”

Earnest repeatedly stressed that the event was not an official function.

“President and First Lady did hold a private party at the White House over the weekend, but given the private nature of that event I don’t have a lot of details to discuss from here,” he said.

The party’s guests, however, weren’t so tight-lipped.

Rev. Al Sharpton tweeted from Washington that it was “awesome to see Prince and Stevie Wonder on the keyboards together,” at the White House party.

Football star Russell Wilson posted an Instagram of himself and his date Ciara after “dancing at the White House” to Prince and Stevie Wonder.

Director Ava DuVernay called it “one of the best house parties I’ve ever been to.” 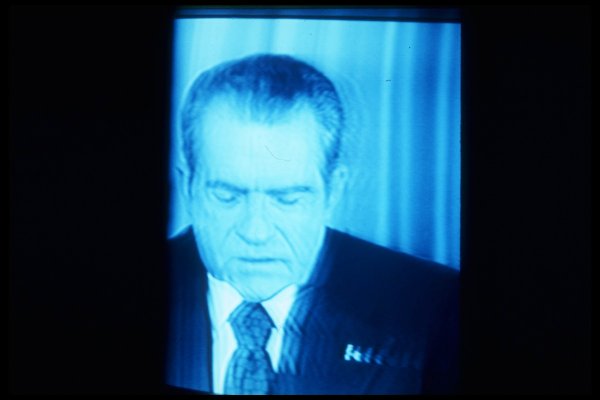 See Richard Nixon's Resignation Speech—and What Happened Right After
Next Up: Editor's Pick