Iranian President Hassan Rouhani speaks during a press conference in Tehran, Iran on June 13, 2015.
Anadolu Agency—Getty Images
Ideas
By Rabbi David Wolpe
Wolpe is the Max Webb Senior Rabbi of Sinai Temple in Los Angeles, the author of eight books and has been named one of the 50 most influential Jews in the world by the Jerusalem Post.

Do you remember the “reformist” former Iranian President Akbar Hashemi Rafsanjani? He lost running for a third term to the even more radical Mahmoud Ahmadinejad in 2005. This is what Rafsanjani said in 2000:

The Iranian regime has grown both more desperate and more radical since that declaration. We are now approaching the June 30 deadline for an agreement on preventing Iran from obtaining a nuclear weapon. Despite repeated denials, Iran wants a bomb badly. Nuclear weapons confer power, and the Iranian regime is hungry for hegemony.

The moment sanctions are lifted after a deal, there is a presumed “signing bonus” of up to $50 billion, which would buy a lot of food and shelter. But if history is any guide, it’s likely the money would go instead to buying weapons and regional influence. The Revolutionary Guard and Hizballah will be the first beneficiaries of this American largesse. Tyrannies throughout history have always known to keep the military fat and happy—coups come from the barrels of guns, not the breadlines of the poor.

So what must an agreement include to give the world some assurance that the Iranian regime will not be handed a doomsday weapon, and trigger a nuclear arms race in the most volatile region on earth?

It has to have unimpeded inspections. There can be no area off limits, despite the repeated protests of the Iranian leadership. Iran has to explain what weaponization efforts it has already engaged in, so the inspectors can gauge and understand future avenues of deception. The sanctions have to be lifted very gradually, in step with compliance. And Iran has to dismantle its nuclear infrastructure. When the minister of Foreign Affairs, Mohammad Javad Zarif, insists that the Fordow facility and research and enrichment will continue, he is likely preparing the ground for a pivot the day after an agreement is signed.

The world will breathe a collective sigh if there is an agreement. Yet the relaxation of tension will make punishing violations very difficult. There must be a clear, agreed-upon mechanism for punishing violations. The day after is the day of maximum peril. A resolute criminal becomes more devious and dangerous on probation than in jail.

Superpowers have many interests and suffer from a distracted focus. For Iran, this negotiation is of supreme importance, absorbing all its considerable skills. And candor is not the highest priority. The idea seems to be: any subterfuge for a centrifuge. Even the negotiations themselves have provided Iran with an opportunity to advance its progress toward a bomb.

The U.S. cannot afford to get this wrong, or to be lulled into complacency, or be grateful to get this problem off our plate. We succeeded in overcoming the Soviet threat because we never took it for granted, never tired, and always understood the gravity of a slave state as superpower. History has ratified that long, twilight struggle. If we sign an inadequate agreement, we won’t have to wait for history to weigh in: The verdict will be clear very quickly that in a desire to be peaceable and wise, we were played for knaves and fools. 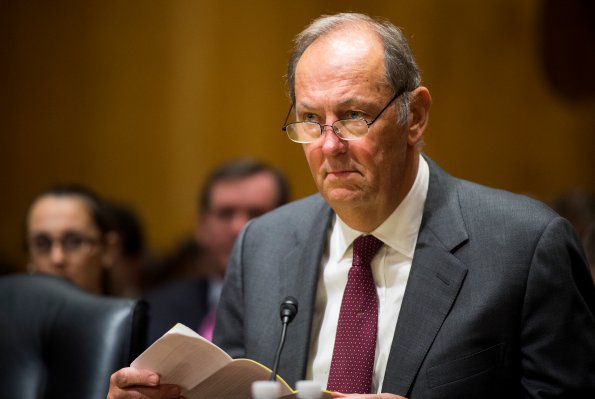 Bill Bradley: 5 Steps for Peace in Ukraine
Next Up: Editor's Pick