Hilary Duff, Breathe In. Breathe Out.
By Nolan Feeney

If you’re still wrapping your head around the idea of Hilary Duff as a pop star—why else hasn’t her flirty new single (and shameless Tinder ad) “Sparks” lit up the Hot 100?—you’re about one decade and 15 million sold records behind the times.

It’s been eight years since Duff released the underrated Dignity, which completed her metamorphosis from Disney star to grown-up diva and presciently signaled America’s incoming love-affair with dance music. Don’t sweat it if you stopped paying attention once you outgrew Lizzie McGuire, though—the 27-year-old with not one but two greatest-hits compilations to her name picks up wherever you left her on her new album. Breathe In. Breathe Out, her fifth LP, splits the difference between contemporary club-bangers and mid-2000s pop that’s aged better than Duff or anybody else could have imagined. (“Come Clean” is so not so yesterday, as she recently demonstrated.) A few days after another famous Hillary kicked off her campaign to take over America, Duff is getting ready to do something, too: try and win the support of the masses with unabashed, least-common-denominator pop that won’t take no for an answer.

Duff makes her ambition known a few ways. First, she ditched the folkier sounds of her first few comeback attempts in favor of more on-trend electro-pop. (R.I.P. “All About You,” now relegated to special-edition bonus track.) Second, she logged studio time with “Habits (Stay High”) singer Tove Lo, one of Sweden’s sharpest songwriters, who co-penned three tracks here. The only way Duff’s hunger could have been more obvious is if she booked sessions with the now-ubiquitous Sia, but she probably knows those massive anthems are starting to get a little tired; also, nobody really wants those from Duff, anyway. If the high-energy, ballad-free Breathe In. Breathe Out is going to get anybody hyperventilating, it’ll be the pop nuts who don’t know the meaning of “guilty pleasure”—the same listeners who worship at the altar of Kylie Minogue.

The tunes themselves are as binge-able as her charming new TV show Younger, but they’re also the equivalent of empty calories. After you’ve downed them all, you might look back and think, what did I just do? These songs don’t break any musical ground, and they require a few listens to crystallize: “My Kind” takes a page from Gwen Stefani’s solo comeback, while the way “Confetti” quotes Belinda Carlisle’s 1987 hit “Heaven Is a Place on Earth” will only hasten the Carly Rae Jepsen comparisons.

The album doesn’t hide Duff’s vocal limitations, either, but Breathe In. Breathe Out. does poke holes in the notion that she’s just a vessel for corporate robo-pop. Duff’s at her best when she takes her own advice and slows it down just enough to catch her breath. Picture her taking one step closer to the listener for the half-whispered “Arms Around a Memory,” or suppressing a smirk on the deserving title track, a modern “I Will Survive” that more than makes up for its pesky punctuation. Sure, these could be anyone else’s songs. But when Duff hits her stride, you won’t be thinking about anybody else. 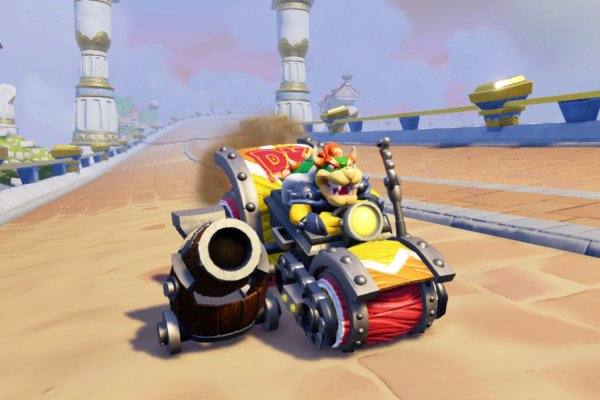 Everything You Need to Know About Nintendo's Skylanders Amiibo Deal
Next Up: Editor's Pick