These Countries Are At The Center of The Illegal Wildlife Trade

Governments around the world have been trying to tackle the illegal wildlife trade for decades with mixed success. Despite substantial efforts in recent years, poachers and other criminals sell still annually sell billions of dollars worth of wildlife through clandestine networks.

Now, new research employing some of the same methods used to take down terrorist networks has identified China and Kenya as key nexuses in the trade, according to a paper published in the journal PNAS. By focusing resources on removing key players from these places, and a number of others, conservationists can disrupt the global wildlife trade network, the research suggests.

Lead study author Nikkita Patel explained that her research aimed to find “innovative” and “cost-effective” ways to stem the illegal wildlife trade. Targeting the countries she identified could be a part of that effort for conservation organizations with limited resources, she said. “There have been a lot of efforts to control the illegal wildlife trade, but unfortunately we’re not sustaining the populations at the levels we should be,” she said.

Patel and her co-authors analyzed data on more than 500 illegal shipments of wildlife for the study and created network maps showing the links between various countries involved in the trade. Some countries, like South Africa and Tanzania, were primarily exporters. Others, like China and Thailand, tended to be primarily importers or intermediaries. The researchers then evaluated how removing a given country would affect the network as a whole.

Another analysis identified China and India as key places where disseminating information about problems with the wildlife trade would be most effective. “Education is a really good way to get people to open their eyes and hopefully change some behaviors,” Patel said.

Patel describes her research as a first step in applying quantitative methods to the illegal wildlife trade and says she hopes that the tool can be automated and provide real-time information to the law enforcement agencies. 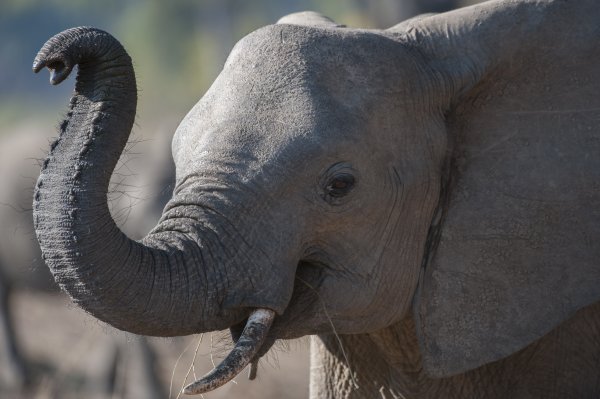 Here's How Elephants React When You Play Classical Music for Them
Next Up: Editor's Pick