By Aaron Couch / The Hollywood Reporter

Game of Thrones pulled no punches in its season five finale.

The episode featured multiple major deaths, most notably Jon Snow (Kit Harington) and Stannis (Stephen Dillane). It also shook up the game in other ways, with Daenerys (Emilia Clarke) becoming the prisoner of a Dothraki horde, Arya (Maisie Williams) losing her sight, and Cersei (Lena Headey) taking an infamous walk of shame.

Director David Nutter not only directed the finale, but he also helmed last week’s episode, which featured the controversial burning alive at the stake of Shireen (Kerry Ingram) as well as Daenerys finally learning to ride her dragon.

In a chat with The Hollywood Reporter, Nutter weighs in on the finale’s painful deaths, Harington’s last day on set, and that painful goodbye to Shireen in last week’s episode.

What was the storyline you were most worried about tackling in this finale?

It was disturbing and we feel for Cersei. What was the key for that?

I wanted to get a sense of being with her as much as possible and you go through this walk with her. The extras in Dubrovnik were incredible with their responses and reactions to her. They reacted to her as the queen going into Flea Bottom, the worst part of town. This is a slum she created. Lena went on an emotional journey through it. It was a situation in which you really felt like she was in excruciating physical and emotional turmoil and pain. I felt a little bit sorry for her, which is what I was going after.

He is a consummate professional. It wasn’t unlike the Red Wedding where everyone gets attached to people when you work with them for such a long time. You really grow quite fond of each other. You’re family. It was a lot of sadness on the set. The guys on the crew knew Kit really well, and people who are extras — the members of the Night’s Watch, they take this very seriously. They have clubs and they have get-togethers. These guys have to look like that 24/7, 12 months a year. They live the part so much. I took all of the extras aside prior to shooting the sequence and we read the Night’s Watch creed together, because I wanted them to feel like they are part of it. Without them being involved, it wouldn’t have worked as well. I wanted the scene to happen rather quickly, where it didn’t hang at all. That it would happen before you know it.

The book is a little ambiguous. This looked final. It’s safe to say Jon is dead?

Last episode you had to establish that Ser Meryn Trant was abusing young girls, and this episode we saw some of that. How do you deal with difficult subject matter like that, which the show has gotten some flak for this season?

It was just a situation in which to be sensitive in what was going on, it was important to make sure we did that in the proper fashion. But also once Arya steps out of that persona and becomes herself, the killing of Meryn Trant needed to be as honest and real and grotesque and powerful as possible. [Showrunners] Dan [Weiss] and David [Benioff] mentioned — even editor Tim Porter thought — it was a little Quentin Tarantino-esque. That Game of Thrones had crossed into the world of Tarantino a little bit, and I thought it was not an untrue statement.

The fight looked quite difficult too. How did they prepare for that?

You have rehearsal days and you figure it out. I’m a big believer in preparation, preparation, preparation. Not unlike episode nine, which was pretty involved as well. Also if you enter the rehearsal process you get a chance to figure out what does work and what doesn’t work. I had great support. A great director of photography Rob McLachlan. It’s a situation where when I read a sequence in the script, I want to do my utmost to live up to the intent of the sequence and the scene and to not soft show it or not tap dance around the intense stuff. You have to go head on and be as honest and brutal as possible. I thought the episode was deserving of that treatment.

Last episode, you directed the death of Shireen. What was that like?

It’s not so much about watching her burn at the stake, but the reactions of people around her. Even the soldiers, saying to themselves “What are we involved in? This is madness.” And her mother finally breaking down and realizing she shouldn’t do this, and I think Stannis felt regret as well, even as it happened. I thought it was important to see the other side of that. Everyone has dimensions in them. We want to show as much humanity within the characters as possible.

You then directed Stannis’ death scene. There was sadness there because he lost everything, even though he had done horrible things.

Stephen Dillane was such a tremendous actor that for me some sequences call for complex camera work and complex shooting. Other sequences I feel simplicity works best because I don’t want to get in the way of the scene. As a director, I never want to be noticed. I never want the camera to take you out of a sequence dramatically. I want the actors and the story to always be at the forefront. I want to be hiding behind that and not let the emotionality of the story be diffused or encumbered by a fancy camera move here that is going to take your eye off of the ball and take your mind and heart off what you’re watching. It was a sequence about how simply I could shoot it to make sure intent is brought across to what happens to Stannis.

How did you pull off that huge Dothraki scene?

Joe Bauer and Steve Kullback, who do visual effects, are outstanding. They helped add the scope to it. We did have several riders on horses that we utilized in foreground. It started off smart, with her and one rider, and then her and three riders and then her and a group of riders. That is done without any magic. Then once you bring other riders into it, the visual effects blend in to make it feel more realistic. To make it believable. It was all in storyboarding and figuring it out and having multiple meetings and figuring out how to best tell the story. The visual effects guys are so brilliant that they were able to blend it perfectly. 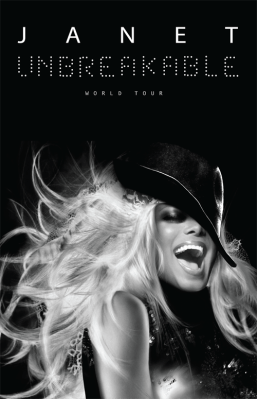