Game of Thrones fans shouldn’t have been so shocked to see Jon Snow killed off last night’s season five finale. There were plenty of signs: Sam assuring Olly that Jon Snow always comes back, Olly’s glares, the fact that heroic characters on Game of Thrones always meet untimely ends. But the biggest spoiler at all came from actor Kit Harington himself when he cut his hair.

Harington chopped off Jon Snow’s signature locks last winter, immediately prompting fans to question the character’s fate. Harington had often complained that he wasn’t allowed to cut his hair while he was on the show, so the new look seemed a sure sign that he would not be returning for season six.

Turns out, the fans were right. As Harington told Entertainment Weekly, Jon really is dead, all warging theories aside.

This isn’t the first time an actor has accidentally spoiled a plot line on the show. Last year, Lena Headey (Cersei Lannister) posted a photo with Pedro Pascal that hinted at Prince Oberyn’s fate two months before the head-crushing episode actually aired. 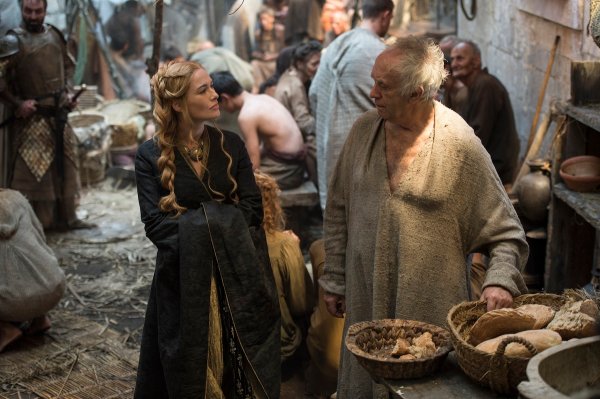