One of Taylor Swift’s cats is named Olivia Benson, in honor of the fictional Sergeant and Commanding Officer played by Mariska Hargitay on Law & Order: Special Victims Unit.

Well, this weekend, the feline Olivia Benson met the human Olivia Benson backstage at Swift’s concert in Philadelphia. Hargitay, who appeared in Swift’s “Bad Blood” music video, joined the singer onstage earlier in the night — and then later, this happened:

“This is Olivia Benson meeting Olivia Benson,” Swift says in the video, which has racked up a casual 1 million likes, “and, um, things are going well so far.” 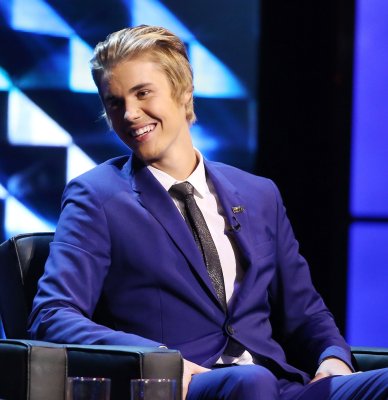 Everyone Wants to Know Why 'Justin Bieber Is a Smileophile' Was Written in the Sky in New York City
Next Up: Editor's Pick