While John Oliver took a moment to respond to embattled FIFA executive Jack Warner’s assertion that he was a “comedian fool,” a title Oliver did not dispute, the real brunt of the political force of Last Week Tonight was focused on the Senate Intelligence Committee Study on CIA Torture.

Despite the Senate’s findings that the CIA’s “enhanced interrogation techniques” were not effective, 57% of Americans believe that torture can work to prevent terror attacks, while only 46% of Americans believe in the Big Bang theory, according to Oliver. Oliver thinks this might be beacause torture always works on television, specifically on 24. Jack Bauer’s interrogations are so effective that Justice Antonin Scalia even referenced him in the Supreme Court, according to Oliver.

Despite the effectiveness of Bauer’s fictional torture techniques, the “advanced interrogation” techniques listed in the report were so graphic that not even Helen Mirren could make them appealing — and she tried. Oliver somehow convinced the Oscar-winning actress to read aloud passages of the report and the results are jarring. Warning: you may never look at hummus the same way again. 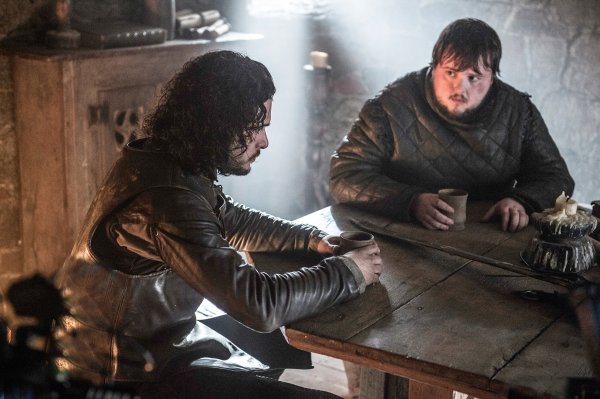 A Bloody Finale for Game of Thrones
Next Up: Editor's Pick