Pop singer Keri Hilson says we should be grateful to Rachel Dolezal, the president of the NAACP’s Spokane, Wash., chapter whose parents say has been pretending to be black for years.

“Let’s just all thank #RachelDolezal. Identity, pathological, & parental issues aside, she’s doing more than most of us do for ourselves,” the “Pretty Girl Rock” singer tweeted on Friday. “It is really weird tho. She took it pretty far with slave whips & what not. Levels. Deep.”

Her comments weren’t received well—Twitter users criticized Hilson so much she became a trending topic on Twitter according to Billboard, and she later returned to Twitter to defend herself.

“I’m not sayin she doesn’t have serious ISSUES, I’m just sayin don’t knock her intentions or discredit her efforts,” Hilson tweeted, pointing out that the NAACP said in a statement that it stood by Dolezal’s work. (“One’s racial identity is not a qualifying criteria or disqualifying standard for NAACP leadership,” the organization said in a statement.)

“I don’t defend her, I just don’t like to assume or pass judgement on people’s hearts,” Hilson continued. “WE don’t really know her motives. Only GOD.” 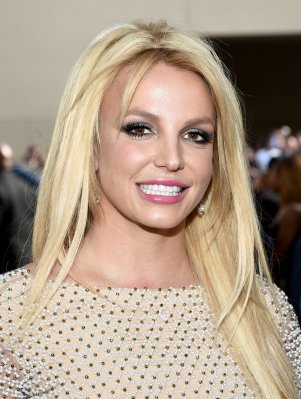 Britney Spears' Dream Job: Nannying for Brad and Angelina
Next Up: Editor's Pick