This Comic-Con-Only Avengers Lego Set Is Too Good

It’s just mere weeks before Comic-Con and that means one thing. No, not Hall H panels. It means exclusive Con-only toys! Hasbro and Mattel, and of course Lego, will be among those unveiling cool playthings for kids and more importantly, the serious collector.

One thing that will draw long lines of eager fans will be a new Comic-Con-only Marvel Lego set tied to The Avengers: Age of Ultron, the movie that has grossed over $1.3 billion.

Below is the exclusive, first-look at Throne of Ultron, which will consist of 203 pieces, feature the Ultron minifigure and sell for $39.99.

Once again, Lego will have minifig exclusives as well as some sets. And there’s also the Star WarsStormtrooper Buildable Figure that will be shown, although it won’t be available until early next year.

Lego is one of the dominant forces at Comic Con in terms of product exclusives and the size of its actual footprint in the convention center. With popularity at an all-time high, thanks to licenses from Star Wars, Marvel and DC and, of course, last year’s movie, Lego is one of the top destinations for those attending the Con and its exclusives, carefully doled out on a per-day basis, generate lines of hundreds. 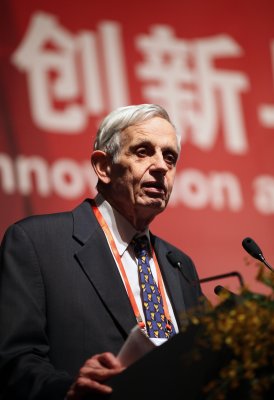 The Beauty of John Nash
Next Up: Editor's Pick