Caitlyn Jenner is seen filming her eight-part docuseries, I Am Cait, at the LGBT (Lesbian, Gay, Bi-sexual, Transgender) center in Hollywood, Calif. on June 9, 2015.|
Mariotto/Chiva/INFphoto.com/Corbis
By Esther Zuckerman

Caitlyn Jenner went to the Los Angeles LGBT Center’s Youth Center this week and was photographed by the paparazzi for one of the first times since her landmark Vanity Fair cover debuted in early June.

The Center said in a statement that on Tuesday Jenner, formerly known as Bruce, took a tour, made a clothing donation, and had “roundtable and one-on-one discussions with current and former clients, including some from LifeWorks, the Center’s youth development and mentoring program.” A source told E!, which will air Jenner’s docuseries I Am Cait, that clients “talked to Caitlyn about their experiences, what they were going through and how the Center is helping them.”

Since the release of the cover Jenner has been posting to social media about her experience, discussing her time spent at the Human Rights Campaign in San Francisco and posting a photo with the caption: “Learn from those who have walked the path before you. #TransIsBeautiful #LivingOurTruth #JustTheBeginning.”

In the Vanity Fair profile of Jenner, Buzz Bissinger wrote that “she can’t wait when she goes out now to tell the paparazzi to ‘make sure it’s a good shot’ instead of asking patrons to help shield her from them in the parking lot of the local Starbucks.”

In a teaser for I Am Cait, released earlier this month, Jenner says, “Put it this way: I’m the new normal.” 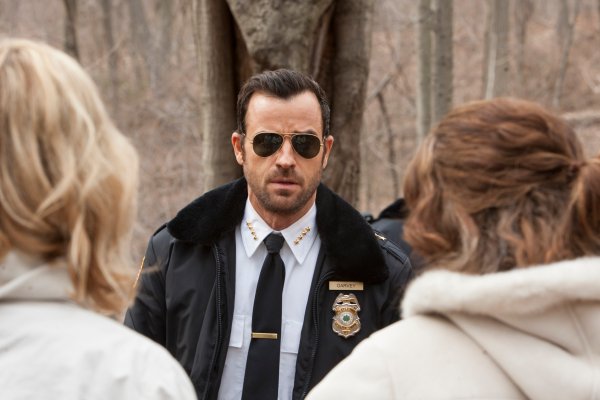 Watch the First Teaser Trailer for The Leftovers Season 2
Next Up: Editor's Pick