This Is Why Farmers May Revolt Against Whole Foods

Whole Foods may be in the middle of an escalating organic food fight.

At issue is a new rating system the famously green grocer is instituting in its stores. Some of Whole Foods’ long-time farmers are unhappy with the rating system — which goes from good to better to best — because in some instances it may give non-organic produce a higher rating than fruits and vegetables grown organically. Whole Foods says the new rating system, which is called Responsibly Grown, takes into account things such as water use and conservation efforts, as well as pesticides.

The New York Times said a Whole Foods in Capitola, Calif., had given a “best” rating to a non-organic variety of asparagus from Mexico that was selling for $4.99 a pound. Nearby, organic asparagus from Durst Organic Growers, which was selling for $7.99 a pound, was labeled “good.” The New York Times said Jim Durst, the farmer, laughed when we was relayed the news of his lower ranked stalks. “Why our asparagus is ‘good’ and not ‘best,’ well, maybe we didn’t fill in the blanks correctly, or didn’t have it done on time,” Mr. Durst told the Times. Whole Foods says farmers have to get 220 points on their rating system to get the “best” label.

It’s rare for organic farmers to speak out against Whole Foods, which has been one of organic farming’s biggest backers. Company officials say 60% of the food that is sold in the company’s stores is organic.

But more and more grocery chains, including Walmart, are selling organic food. That increased competition has weighed on shares of Whole Foods, which are trading near their 52-week low. Whole Foods appears to be using the new rating system to differentiate itself from competitors. Farmers say it will be expensive to make the changes needed to win the highest grade in the new Whole Foods rating system, and they accuse the company of offloading the costs of its new marketing campaign on them.

“I’m hopeful that, as it has in the past, Whole Foods will make some modifications,” Jim Cochran, co-founder of Swanton Berry Farm, the first certified organic berry farm in California, told the Times. 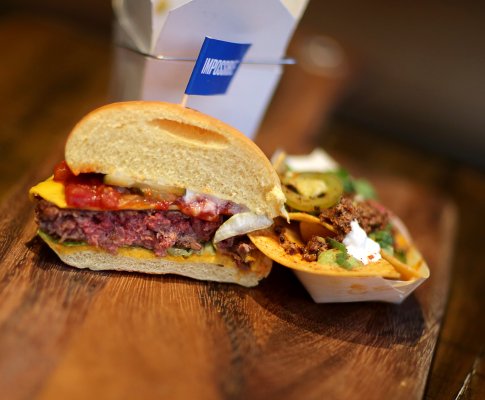 The 5 Weirdest Foods You'll Start Eating in 2018
Next Up: Editor's Pick