What to Expect From the Season Finale of Game of Thrones

Warning: Spoilers from the first five seasons of Game of Thrones to follow.

By and large, Game of Thrones finales have served as epilogues to the drama of the previous nine hours of the season, in particular whatever shocking or earth-shattering events took place in the penultimate episode.

After the death of a major character or an enormous battle at one of the show’s signature locations, a bit of a cool-down is required—both to deal with the aftermath of what’s just transpired, and to wrap up other storylines neglected while Stannis Baratheon was laying siege to King’s Landing or Ned Stark was losing his head. As a result, while necessary, season finales have not traditionally been the strongest episodes on the show’s record.

That tradition changed last year, thanks to Stannis’ defeat of Mance Rayder beyond the Wall, the epic confrontation between Brienne and The Hound and, of course, the triumphant vengeance Tyrion visited upon his father. It would not be at all unreasonable to expect similar fireworks in Sunday’s finale.

This season’s penultimate episode, “The Dance of Dragons,” was, by most measures, the most underwhelming second-to-last hour in the show’s history. Yes, Shireen was burned alive in a gut-wrenching scene and yes, Daenerys finally rode a dragon, but neither event provided the shock value of the Red Wedding or the grand scale of The Battle of Castle Black.

Though the episode was far from a failure, showrunners David Benioff and Dan Weiss are undoubtedly aware that fans are eager for a watercooler moment in “Mother’s Mercy.” With so much left unresolved from the first nine episodes of the season, here’s a spoiler-free preview of what might go down on Sunday: 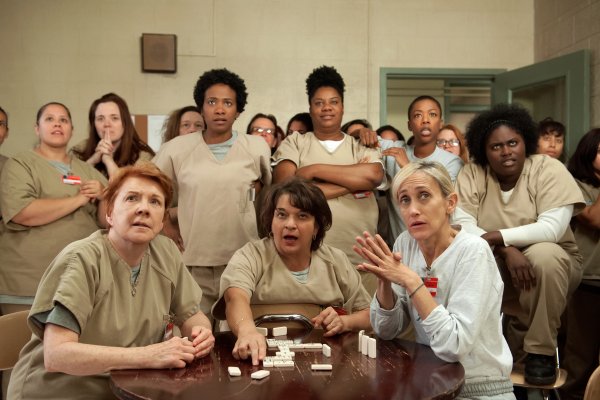 A Handy Guide to Picking Your Summer TV Binge
Next Up: Editor's Pick