Ron Moody, best known for starring as Fagin in the 1968 movie musical Oliver!, has died Thursday, his wife confirmed to the BBC. He was 91.

“He brought joy to his family and to the hearts of many and will be greatly missed. He was singing until the end,” his widow Therese Blackbourn Moody told the BBC.

Born Ronald Moodnick in 1924, Moody originally studied sociology at the London School of Economics, and it wasn’t until he performed in a musical comedy revue at school that he decided to pursue acting full-time. He made his professional stage debut at age 28 in a 1952 revue, but it wasn’t until 1960 that he landed the role that came to define him: Fagin in Lionel Bart’s musical adaptation of Charles Dickens’ novel Oliver Twist.

Moody reprised his role several years later in Carol Reed’s 1968 movie adaptation of the West End musical, the only original cast member to star in the film version. He earned a Golden Globe win and an Oscar nomination for his performance. “That summer of 1967 was one of the happiest times of my life,” he told the Guardian in 2012.

After the success of Oliver!, Moody returned to the stage several times as characters like Captain Hook in Peter Pan or the title role in Sherlock Holmes — the Musical, and he played Fagin once again in the 1984 Broadway revival of Oliver! Moody also worked in film, appearing in Mel Brooks’ 1970 comedy The Twelve Chairs and as Merlin in A Kid in King Arthur’s Court. He went on to write several musicals and novels, and he appeared on TV shows like Gunsmoke, EastEnders, and Murder, She Wrote.

He is survived by his wife and six children. 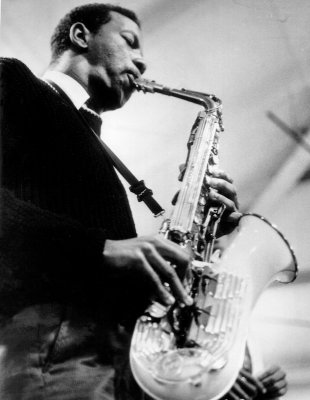 What Was New About Ornette Coleman's Sound
Next Up: Editor's Pick