Could China, the World's Biggest Carbon Emitter, Ever Go Green?

Coal to be used by coal powered steam engines is seen backdropped by a coal fired power plant on March 27, 2015 at a station near the town of Shixi , Sichuan Province, in Southern China
Kevin Frayer—Getty Images
By Joanna Plucinska

Its cities are cloaked in smog, the water is polluted and the economy is hugely reliant on coal, the dirtiest form of energy. But now, China is trying to change its reputation as the world’s worst polluter.

A recent study conducted by the London School of Economics says that, if all goes as planned, China may start reducing its C02 emissions by 2025 — five years sooner than the year pledged by President Xi Jinping.

Climate-change reformers say that in order to reduce such emissions, coal is the first thing that has to go. Many Western countries are struggling to meet this goal. Five G-7 nations have actually increased their coal use in the past five years, while countries like Australia hope to continue building their economy off of the fossil fuel.

It’s not going to be easy for China either. In the past year, the country has reduced coal use by 2.9%. But, according to a report by the Guardian, it still produced 3.87 billion tons of coal during the same period. A recent Greenpeace report states that China builds the equivalent of a coal plant a week.

The country’s rapid economic growth is largely to blame for its reliance on dirty energy. “The energy-use increase is actually pretty much following the GDP curve,” Professor Aleksandra B. Djurišić, who studies solar cell energy at Hong Kong University, tells TIME. “The regulations on the environment are not up to the level of developed countries.”

Djurišić thinks history will repeat itself. Like China, the U.S. relied heavily on coal to fuel its economy as it developed in the 19th century, fouling its environment as it did so. Environmental regulations only began to tighten much later, around the 1970s. “[In China,] you are looking at the situation that Europe or the U.S. was in 50 or 60 years ago,” Djurišić says.

Fergus Green, a policy analyst who helped pen the LSE report, is optimistic that the nature of the economy and Chinese GDP growth is poised to change, “shifting investments away from heavy industrial, factories and steel plants and toward more investment in services and higher value added manufacturing.” The government also plans to move away from coal and toward new forms of energy like hydroelectricity, wind and solar, Green said.

Beijing has certainly set some ambitious goals for itself. The central government’s 12th Five-Year plan, published in 2011, listed sustainable growth as one of the country’s top priorities. It has started creating incentives for companies to invest in renewable energy and has been investing heavily in the solar industry, driving the price of solar panels down globally. It’s also told local leaders that along with regional GDP growth, they will be judged on their ability to promote sustainable growth.

Li Shuo, a senior climate and energy policy officer at Greenpeace, commends China for pledging to reduce carbon emissions. “The new momentum created by China’s coal decline, the major U.S.-China joint climate statement last year, and the latest G-7 declaration should all help secure the delivery of [an agreement at December’s Paris Climate talks],” he wrote in an email to TIME.

The government has come under criticism for not moving quickly enough, however, and for continuing to make economic growth too much of a priority. “They have to do something because the air quality is a disaster, but how quickly that is going to go, I’m really not very optimistic,” Djurišić says.

Some reports say that air quality has improved, at least in Beijing, in recent years. But the country’s population continues to criticize the state of the environment. Last year a documentary called Under the Dome gave a searing portrayal of pollution in the country. After it received hundreds of millions of views, the Chinese government blocked it from being viewed online.

The central government should also expect significant implementation challenges. Coal reduction doesn’t mean coal elimination — the economy still relies heavily on the fossil fuel. With many provinces to control, the central government will also have a tough time convincing local leaders that it makes economic sense for them to invest into more expensive renewable energy. “It costs less to pollute than to obey the rules,” Shuo said.

Some hope that the market will start slowly shifting in a greener direction on its own, as Chinese citizens become increasingly frustrated with the environmental degradation of the country. “Everyone’s living in a soup of air pollution and water you can’t drink,” Sean Kidney, the president of the Climate Bonds Initiative, says. Kidney’s organization encourages companies to seek out investments for green projects, then pay investors back incrementally through a “green” bond agreement once the project is implemented.

He thinks that China is poised to become one of the biggest issuers of “green” bonds in the next five years. “There are about $150 billion worth of domestic bonds that we would call green in terms of how the proceeds are used,” Kidney says.

The case shouldn’t be overstated, however: green bonds are a mere drop in the ocean of China’s bond market, which is the world’s third largest, according to Goldman Sachs, and worth a staggering $4.24 trillion.

The LSE’s Green suggests that the government continues creating market and local incentives to meet its long-term goals. It could also tax coal more heavily, he opines. But all of these changes will take time, especially in a country as vast as China. “China’s not an economy where the President pushes a button and everything turns around,” Kidney says. “It’s a supertanker … a tough supertanker to shift.” 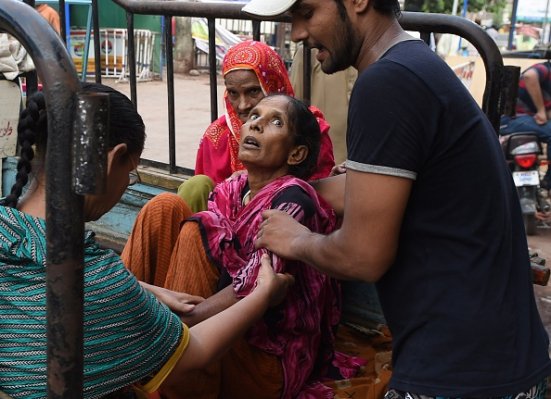