Al Copeland holds a piece of his spicy fried chicken outside one of his 34 fast food outlets in New Orleans, on June 20, 1979.
AP Images
By Eric Dodds

When I first heard that Popeyes was turning 43 on Friday, I found it hard to believe. After all, to me, Popeyes never seems like it’s more than about 5 minutes old, since that’s how long it takes me to inhale an 8-piece meal (dark meat only). But, on the chicken chain’s birthday, it’s worth remembering that Popeyes almost didn’t exist at all.

The June 12 date is actually the birthday of a restaurant called “Chicken on the Run,” which Al Copeland opened on that day in 1972 in a New Orleans suburb. As the official Popeyes history tells it, the chicken was traditional (non-spicy) Southern style and sales were underwhelming. Chicken on the Run was also late to the poultry fast food game. KFC had opened more than 40 years earlier in 1930, while Chick-fil-A arrived in 1946. The former has established itself as America’s preeminent chicken chain and the latter has developed a cult following for its chicken sandwiches and limited availability west of the Mississippi or north of the Mason-Dixon.

But rather than give up, Copeland closed the place, reopened it under the new name “Popeyes” (after a character in the movie The French Connection) and made the chicken spicier. And, in the last 40 years, Americans have made it clear that they have room in their hearts and stomachs for another chicken chain. It paid off for Copeland—when he died in 2008, TIME noted that “whatever his success, he wasn’t shy about public displays of wealth, indulging in over-the-top Christmas-light displays and Lamborghinis and Rolls-Royces.”

More than four decades after launching, Popeyes isn’t the most ubiquitous or the most profitable fast-food chain. But it has managed to carve out a reputation for good eats among the general public and those with more discerning palates. Rare is the fast food chain lauded by consumers and critics alike, but Popeyes—along with West Coast burger joint In-n-Out—has proved itself a worthy outlier. As a longtime fan, I think the chain’s success comes down to the three core components of fried chicken excellence:

You may not agree. But this loyal fan stands firm. 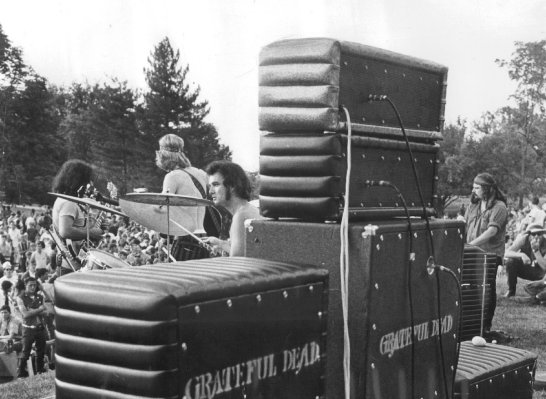 Houston, We Have a Problem: When the Grateful Dead Got Me Kicked out of Texas
Next Up: Editor's Pick