A teacher in Texas has been fired after a racially charged Facebook post about the police incident in McKinney, Texas went viral.

A post appeared on the Facebook page of Karen Fitzgibbons, an educator at Bennett Elementary School in McKinney, expressing anger that the officer seen violently throwing a young black girl in a bikini to the ground resigned after a video of the incident was released.

“The blacks are the ones causing the problems and this ‘racial tension,’” the author wrote. “I guess that’s what happens when you flunk out of school and have no education… I’m almost to the point of wanting them all segregated on one side of town so they can hurt each other and leave the innocent people alone.”

The Frenship Independent School District released a statement on Thursday saying the district is “deeply disappointed” by the “extremely offensive, insensitive, and disrespectful” post. Fitzgibbons reportedly released an apology on Thursday saying she “let my emotions get the best of me.”

Fitzgibbons is the second educator to be fired over incendiary statements about McKinney. A Florida principal was also fired after comments in defense of the police officer were posted online. 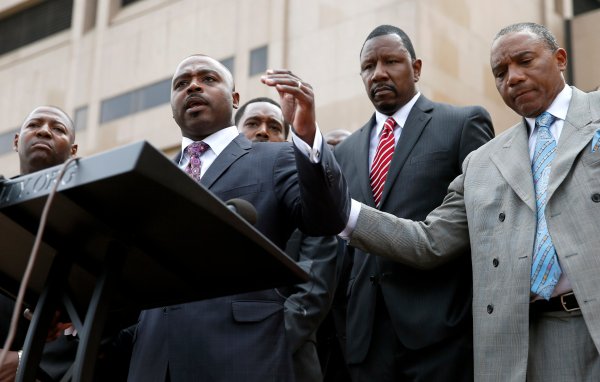 Cleveland Cops May Face Charges
Next Up: Editor's Pick