Republican presidential candidate, former Hewlett-Packard CEO Carly Fiorina is seen at a luncheon hosted by the Derry Republican Town Committee on May 26, 2015, in Derry,NH.
Jim Cole—AP
By Tessa Berenson

At an event in Washington, D.C., Thursday evening, the former Hewlett-Packard CEO will argue that conservatives should embrace a term that some shy away from, according to her prepared remarks.

“Feminism began as a rallying cry to empower women,” she will say at the Competitive Enterprise Institute. “But over the years, feminism has devolved into a left-leaning political ideology where women are pitted against men and used as a political weapon to win elections.”

Instead, she offered her own definition: “A feminist is a woman who lives the life she chooses. … A woman may choose to have five children and home-school them. She may choose to become a CEO, or run for President.”

As the only woman in the Republican field, Fiorina has talked about sexism on the campaign trail, criticizing a reporter who commented on her pink nail polish, pushing back on reporters who ask if she’s running for vice president and lamenting the time years ago that her male business colleagues held a meeting in a strip club.

Her comments are hardly controversial, but they set her apart from some of her male competitors. In a 2005 book written with his wife, former Pennsylvania Sen. Rick Santorum blamed “radical feminism” for”undermining the traditional family,” while former Arkansas Gov. Mike Huckabee mocked activists who argue women should be allowed to be topless in public.

In the speech, Fiorina will also call for making birth control available without a prescription, supporting women-owned businesses and reforming safety net programs so that women can go back to work without losing benefits.

In a conference call with reporters Thursday afternoon, Fiorina said the speech would be the “first major” one by a Republican or Democratic candidate on the state of women in the U.S.

“I’m pleased to be able to begin the conversation. I hope it is the beginning of a conversation, not the end of one,” she said. “And I do think that I’m in a unique position to have this conversation because of the experiences that I’ve had in my life.”

“If we’re going to move forward with some of these programs we need to be very judicial, very careful not to overreach, so women are helped, not harmed,” she said. 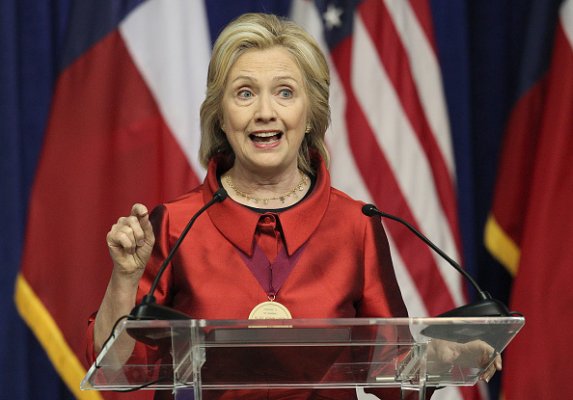 2016 Race Sparks $1 Million in Negative Ads
Next Up: Editor's Pick