In the early years, the Father’s Day gifts in our house were spectacular affairs—giant clusters of beads, feathers and glitter on little wooden pedestals, like Oscar statuettes for alien birds. Then came the handprints on plates and picture frames that say pappa spelled the Swedish way with a few umlauts sprinkled in like textual seasoning. After two kids and 14 years of marriage, we had dozens of these Father’s and Mother’s Day creations—accolades from small people who didn’t know yet how to zip up their own coats, much less what they were writing on those cards.

Thinking back, I realize that those gifts were really gestures of love and gratitude that we as parents were giving each other–for making the coffee, for patience in the wee hours, for being the sane one today and just for showing up the next. After all, it’s the grownups who sustain these made-up holidays. We’re the ones who buy the glue, the paper, the T-shirts and the flowers. Or push the teenage daughter to sign a card even though you bought it. In doing so, we’re teaching our children to say thank you to their parents, the very people whom they could reasonably take for granted.

It’s a lesson I have to keep relearning. Mustering up that kind of gratitude is a lot harder since I got divorced. But it is all the more necessary now because, as it turns out, your marriage may end, but parenting is a lifetime gig. In some ways, you’ll still be living with your ex-partner. You’ll be reminded of this just by looking at your children—the color of their eyes, the small gestures they got from their father, the way they flick a light switch, their handwriting. And yes, they’ll have some qualities from your ex-partner you loved, and the habits that drove you bats. You don’t get to walk away from those. This is contrary to what you imagine before you separate. Married people who are having a tough time tell me they fantasize about getting divorced. They think of the relief. Make that one really hard decision and voilà, you can move on, become a master of your own destiny. All the ridiculous arguments will be over. So not true.

Separation is just the beginning of a graduate class in diplomacy and empathy. You might not be haggling over the laundry or the dishes (now you really will be doing all of it), but so much of your dynamic will remain. You’ll still be tempted, as even lots of married people are, to wallow in martyrdom or indignation, assembling evidence that the other spouse is useless or wrong. But if you think it’s hard to keep those all-too-human tendencies in check so you can find a way to agree on curfews or schools or spending, know that it takes an extra dose of maturity (and possibly some therapy) to do it when there is no balm of romantic attachment to fall back on. Managing it all well, the two houses, the divergent rules, the ex-families-in-law, pretending not to be furious in front of your children and just generally keeping the toxicity at bay really does deserve a giant feathered parent Oscar.

Most of us fail at this a lot. I do. But after eight years, I find it helps if you keep that most basic rule in mind: the kids need both of you. If you are lucky, you will be sitting next to this person at graduations, weddings, baby showers and, yes, funerals for the rest of your lives. There is no divorce from the kinds of celebrations and crisis situations that require both of you to show up for your children and each other.

And if that doesn’t work, remember that whatever you’re dealing with is preferable to the alternative—a father or mother not present at all by choice or by tragedy. I’ve been thinking a lot about that this month, reading about the recent losses of two beloved dads: Sheryl Sandberg’s husband Dave Goldberg and the Vice President’s son, Beau Biden. That’s reason enough to celebrate Father’s Day.

So yes, if at all possible, muster up the gratitude for someone whose presence is easy to take for granted. Keep buying the glitter, the cards and the scented candles for your ex until the kids figure out how to do it themselves. Give the teenager money for a card or maybe some aftershave. Consider it a gift for everyone. Even you. 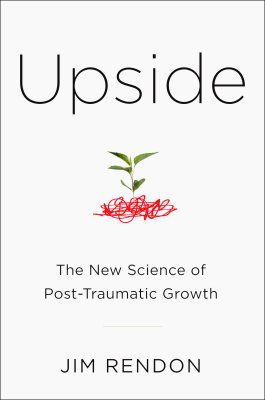 How Trauma Can Change You—For the Better
Next Up: Editor's Pick