Did you and John Cusack plan how each of you would portray Brian Wilson?

Bill Pohlad, our director, had a hunch that we did not need to collaborate on our Brians. I think part of what’s interesting about the film is that Brian did go into a black hole for a while and maybe came out of it a slightly different person.

There are two kinds of Beach Boys fans–those who love “Surfin’ USA” and “Barbara Ann” and those who love the later albums. When you were growing up, what was your preference?

I knew the early stuff, but I really remember checking out Pet Sounds and Smile for the first time. He was doing something that was completely singular. Those are two of the greatest albums ever made, without question.

The movie depicts all the awful ways Brian was treated by his father, some of his bandmates and his doctor. It made me incredibly sad. How do you play a guy whose life is so tortured but whose music is so gorgeous?

I see Brian as someone who never grew his skin thick enough, which is what we do to become adults and deal with the world. That means he’s an incredibly open person, but it’s also why the world can be very painful. In my preparation, what was most important was Brian in the studio. I knew once I climbed up to that joyful place I’d be able to capture his light.

You’re currently shooting a miniseries of War and Peace. Before taking the role, had you read the book?

No, I hadn’t. But Anna Karenina was one of my favorite books. Maybe I’m just a dorky guy, but getting to study a Tolstoy novel is probably the best job I’ll ever have. 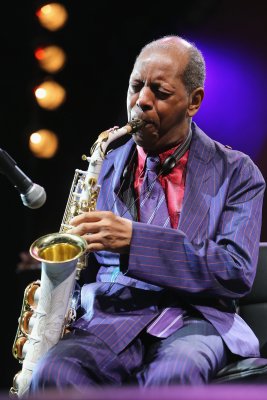 Jazz Icon Ornette Coleman Dies At 85
Next Up: Editor's Pick