Crystal Pepsi Could Be Making a Comeback

Pepsi
By Olivia B. Waxman

People on the internet are campaigning to bring back Crystal Pepsi.

In the past couple of months, competitive eater and YouTube celebrity Kevin Strahle has been one of the most vocal advocates of the “movement,” promoting crowd-funding petitions with the hashtag #BringBackCrystalPEPSI and encouraging fans to tweet at Pepsi, President Barack Obama and late-night TV hosts to get publicity for the “cause.” On Jun. 8, he got this response:

Just received this from @pepsi on twitter a min agoIt is my duty to share it with all of you. #BringBackCrystalPEPSI pic.twitter.com/hyTbH5spbL

While Twitter users assume the tweet means that there is going to be a Crystal Pepsi comeback, a Pepsi spokesperson would not confirm that to TIME, but added, “We do think Crystal Pepsi fans will be happy with what we have planned.”

The low-sodium, caffeine-free product of the early 1990s was one of the colorless, “new age,” diet-friendly beverages that TIME described in 1992 as a reflection of “the nation’s pro-health, pro-environment leanings” — along with Coca Cola’s Tab Clear, 7-Up and Sprite, which were all attempts to “rival water,” the magazine joked. While Crystal Pepsi has not been seen on shelves since the early 1990s, it appears every now and then on lists of the biggest products fails or history’s greatest flops, including TIME’s own list of the “1oo worst ideas of the 20th century.”

When questions are raised about whether caramel coloring in soda is carcinogenic, TIME has cited the drink’s failure to sell as evidence that “soda companies wouldn’t be eager to change something as integral as color to the consumer experience of cola drinking.” And the taste? As the financial news website 24/7 Wall St. put it, the drink didn’t catch on because, “to many consumers it tasted just like original Pepsi.”

However, TIME previously reported that a Pepsi marketing executive maintained Crystal Pepsi was “the right idea at the wrong time,” so we’ll see if the right time is the present, given the recent enthusiasm on social media.

Read next: Pepsi’s Fat-Fighting Soda: Too Good to Be True? 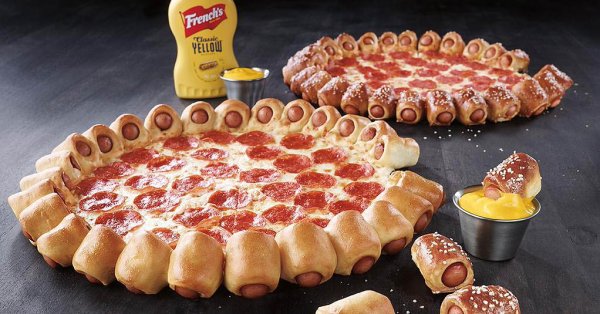