When a two-year-old girl visited the set of Central Intelligence, star Dwayne “The Rock” Johnson made sure to spend a little time with her — and make her feel totally awesome.

The girl, Kai, declared that she wanted to “pull the airplane” all by herself. Being the generous soul that he is, the former wrestler helped her out and then convinced her she was really pulling it on her own:

“You’re so strong!” he tells her. “Oh my gosh, you’re pulling an airplane!”

Some people might have found this patronizing, but Kai is so into it. Good job, The Rock. 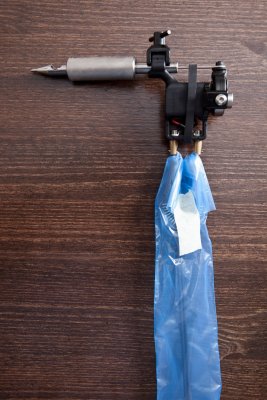 This Man Got a Caitlyn Jenner Tattoo on His Arm
Next Up: Editor's Pick