Barcelona football star Lionel Messi (R), his brother Rodrigo and lawyer Cristobal Martell (L) leave the courhouse in the coastal town of Gava near Barcelona on September 27, 2013 after an audience on tax evasion charges.
JOSEP LAGO—AFP/Getty Images
By Joanna Plucinska

Claiming ignorance doesn’t seem to be working for Lionel Messi this time around. After his newest appeal was rejected, it looks like the four-time World Player of the Year and Barcelona star will have to go to court in Spain to face tax evasion charges.

According to the BBC, Messi and his father, Jorge, are accused of withholding earnings between 2007 and 2009 by funneling income through companies in Belize and Uruguay responsible for selling the soccer star’s image rights. The contracts involved companies like Danone, Adidas, Pepsi-Cola and Procter and Gamble. The case against them claims they’ve defrauded the government of over €4m.

His previous appeal, thrown out by a Spanish judge last October, was based on the argument that Messi was not responsible for managing his finances. According to El Pais, Messi’s defense team argued he “never devoted a minute of his life to reading, studying or analyzing” the contracts. Instead, his father was primarily responsible for the player’s books.

A similar appeal was made this time around. But Spanish courts don’t think Messi’s professed ignorance is a good enough reason to drop the charges against him, the BBC reports.

In August 2013, Messi and his father voluntarily made a €5m payment to cover the tax and interest. 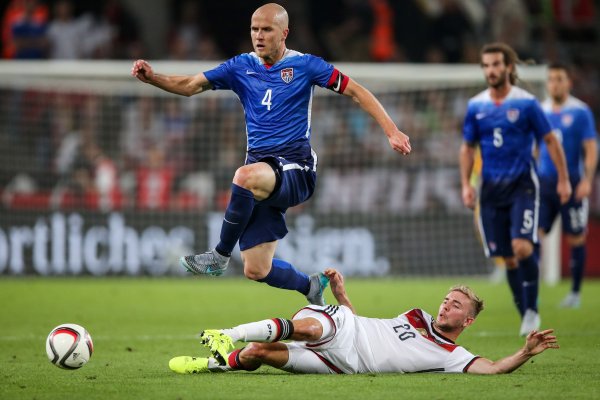 U.S. Defeats Germany 2-1 in Soccer Friendly
Next Up: Editor's Pick