This Is When You Can Get J.K. Rowling's Latest Crime Novel

J.K. Rowling’s latest novel, Career of Evil, which is written under the pseudonym Robert Galbraith, is set to hit shelves (and e-readers) this fall.

Rowling may have tricked readers at first when she wrote 2013’s The Cuckoo’s Calling as Galbraith, but her identity was soon revealed as the author behind the story of Cormoran Strike, a British private investigator, and his assistant Robin Ellacott. After 2014’s sequel The Silkworm, Rowling said she’ll likely write more than seven books in this series.

“I really love writing these books, so I don’t know that I’ve got an end point in mind,” Rowling said. Though, according to Twitter, she didn’t always love writing them.

Alas, she has been quite busy. Rowling is also writing a screenplay for a Harry Potter spinoff that’s set to be released in November of 2016.

Last year, Rowling told BBC that the third book in the Strike series would focus on “what happens to people after they leave the military,” which could be a reference to Strike himself, who lost his leg in the Afghan war. Publishers revealed Thursday that the book will describe what happens when “a mysterious package is delivered” to Ellacott that contains a woman’s severed leg. She and Strike set out to find the perpetrator. It sounds just as dark and twisted as the previous Strike novels, but how much so? We’ll find out in October. 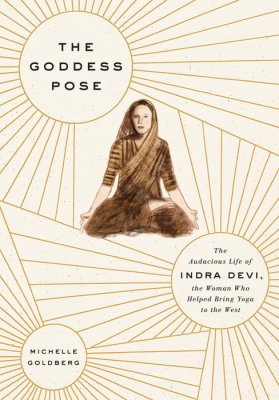 The Woman Who Hooked Hollywood on Yoga
Next Up: Editor's Pick