The search for two convicted murderers who escaped from a maximum-security prison in upstate New York over the weekend has pushed into Vermont, authorities said Wednesday.

In an afternoon televised news conference outside Clinton Correctional Facility, the prison just south of the Canadian border from which Richard Matt and David Sweat fled, Vermont Governor Peter Shumlin said the investigation broadened to his state based on information that indicated the convicts thought New York would be “hot,” regarding the law enforcement search, and that Vermont would be “cooler.”

State police in Vermont have deployed marine assets on Lake Champlain, patrols along Vermont’s lake borders, and state troopers throughout camping sites in remote areas to assist in the search. At the same time, an official admitted, much is still unknown about their condition and whereabouts.

“I have no information on where they are or what they are doing,” New York State Police Superintendent Joseph D’Amico said at the briefing. “I’ll be honest with you.” 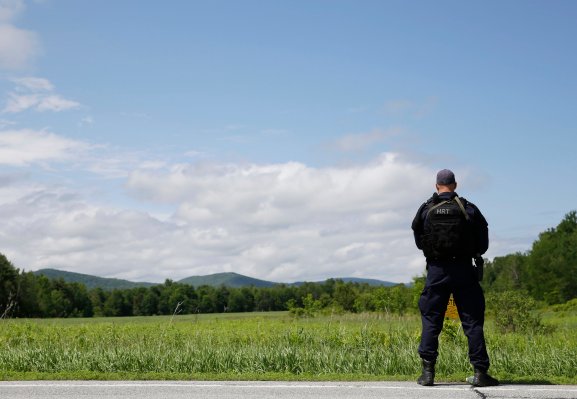