Mental and Social Activity Delays the Symptoms of Alzheimer's

Among the many frustrations surrounding an Alzheimer’s diagnosis is the fact that there is little that patients can do to halt or treat the disease. While promising drugs are under development, the only advice physicians give patients is to stay as mentally active as they can — by learning new languages, reading, piquing the brain with puzzles, and maintaining their social life. Such constant stimulation is supposed to keep the healthy parts of the brain as unaffected by the disease for as long as possible. There’s also evidence that a lifetime of such activity can build up so-called reserves, which can compensate for brain functions when Alzheimer’s sets in.

In a report published in the journal Neurology, Dr. Keith Johnson from Massachusetts General Hospital and Harvard Medical School and his colleagues reveal that people who report higher levels of intellectual stimulation throughout their lifetimes don’t actually exhibit lower levels of protein plaques and other signs of Alzheimer’s compared to those who don’t. But they also found that staying mentally and socially active can push back the appearance of memory problems and other symptoms of Alzheimer’s.

So while the results don’t show that mental activity can affect the biology of Alzheimer’s in any way, it can have a meaningful impact on symptoms. And that is “huge,” says Dr. David Knopman, professor of neurology at Mayo Clinic College of Medicine, who reviewed the paper and recommended it for publication. “If that resulted in a year or two delay in symptoms across the population, that would be a huge effect.”

The study involved 186 healthy volunteers with an average age of 74 years who agreed to report their current and past cognitive activities, as well as undergo a brain scan to measure levels of the Alzheimer’s-associated protein called amyloid and the volumes of specific regions of the brain responsible for memory. The group reporting more intellectual activity over their lifetimes did not show lower levels of Alzheimer’s progression as those who reported less cognitive stimulation. But the former group were able to delay the appearance of symptoms, presumably because their stronger intellectual base compensated for the effects of the disease for a longer period of time.

While earlier studies relied on studies on autopsy brains to draw connections between cognitive activity and Alzheimer’s disease, this is among the first to investigate the connection in healthy living people, by using state-of-the-art imaging techniques to pick up protein deposits in the brain and following the volunteers to see if any develop the disease. Next up will be studies looking at whether picking up more cognitive activities after an Alzheimer’s diagnosis can have the same effect of slowing memory problems as having a lifetime of such skills. 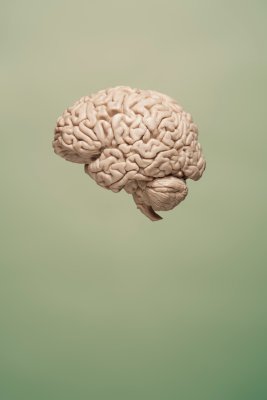 Scientists Figure Out How to Retrieve 'Lost' Memories
Next Up: Editor's Pick