It seems like once a decade there comes a technology so transformative it spawns several companies that become giants: Chips in the 70s (Intel, AMD), PCs in the 80s (Apple, Microsoft, Dell), the Internet in the 90s (Amazon, Google, eBay).

There are also innovations that are potentially just as disruptive but that, from the standpoint of investors, never offer an early chance to get in on the ground floor—the way Microsoft or Google did when they first went public.

Take nanotech, an investor fad a decade ago that faded because it wasn’t startups that brought it to market, but diversified giants like Intel and GE. Or solar energy, an important technology that is requiring decades to become a mainstream product but that involves costly manufacturing plants along the way.

And then there’s 3D printing, which is looking like one of those important but hard-to-invest-in technologies. For a while, it was looking like there were a few publicly traded stocks that could offer an early entry point in another promising technology but over the past year or so, it’s been looking more like another speculative frenzy playing itself out.

For decades, the technology that led to 3D printing was used in industrial design, creating quick and relatively cheap prototypes that could be tweaked without having to retool an entire manufacturing process. Then, around 2012, the buzz about the potential of 3D printing began to grow louder: It could could make customized shoes, empower DIY hobbyists, manufacture synthetic organs. Stratasys, an early pioneer in the field, even moved to prevent its printers from making homemade guns.

Along with the buzz, stocks of 3D printers caught fire. In the two years through 2013, Stratasys saw its stock surge 333%. That was nothing compared to 3D Systems, another pioneer in the field that expanded quickly by buying dozens of small companies in the space. 3D Systems enjoyed an 800% surge in its stock in the same two-year period.

Some pundits argued 3D Systems was a better long-term investment than Facebook or Apple. Others in the sector like ExOne and VoxelJet went public in 2013 and saw their stock prices double from their offering prices. But near the end of 2013, as warning signs emerged that the rally couldn’t last despite the technology’s promise, things took a turn.

Since early 2014, most of the stocks in the 3D printing industry have collapsed. Stratasys, 3D Systems, ExOne and VoxelJet have lost between 71% and 80% of their market value in the past 17 months. The reasons why are nothing new to investors who have speculated too early in promising technologies: Profits can be hard to come by, and revenue can fall short of expectations.

Recent earnings from Stratasys and 3D Systems suggest things are getting worse rather than better in 2015. In late April, Stratasys warned that its revenue would be much lighter this year than analysts had been expecting, while net income would also be smaller. Only three months earlier, the company issued a similar warning of disappointing earnings.

Stratasys’ announcement came a few days after 3D Systems issued its own warning that revenue and profit would be well below expectations. Both companies cited vague “macroeconomic” factors like higher oil prices and a strong dollar, which were forcing customers to cut back on capital spending.

Instead, as is often the case with emerging technologies, the passage into a mainstream market is proving to be a slow and rocky one. Stratasys, for example, bought Makerbot in 2013 to get a foothold in the consumer end of the 3D printing market but consumers have been slow to buy in. Makerbot’s revenue fell 18% last quarter.

The bigger threat for 3D printing companies is that bigger, deeper-pocketed rivals like HP are making a belated but major push into the market, which may be giving customers pause. “Corporate buying managers are delaying purchases while they anticipate HP’s multi-jet fusion product in 2016,” Dougherty & Co. analyst Andrea James wrote recently.

Such broader concerns about 3D printing companies have dragged down the stocks of ExOne and Voxeljet as well, even after a mixed earnings report from the latter last month. Balancing the short-term demands of investors with technologies that take a long time to mature predictably leads to volatility. If things don’t turn around soon, some companies may be bought by a giant like GE.

But just because the hype surrounding 3D printing got out of hand quickly doesn’t mean the technology itself isn’t promising. There’s still plenty of potential in the market longer-term—there is in cleantech and nanotech. It will just take time to deliver on that potential. And meanwhile, speculative investors who are characteristically short on patience move on to the hottest new technology idea. 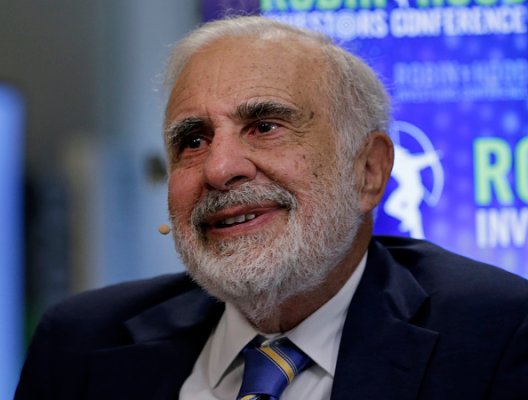 Why This Investor Says Apple Is Worth More Than $1 Trillion
Next Up: Editor's Pick