Game of Thrones fans who were devastated by the loss of Shireen on Sunday’s penultimate episode of season five are not alone.

Liam Cunningham, whose character Davos forged a relationship with Kerry Ingram, the actress who played the greyscale-ridden Baratheon, over the duration of the show, told the New York Times that her death was a shock.

“I was astonished,” he says of learning how the HBO hit would kill her off. “Well, listen, nothing astonishes me on this show, to be honest with you. But it hit very close to home.” (His character, however, won’t learn of Sunday’s events until this weekend’s season finale.)

Cunningham anticipated some backlash around the death, as the show has been criticized recently for its gratuitous violence against women after the character Sansa (Sophie Turner) was raped earlier in the season.

“I think there’s going to be controversy after Shireen,” he said. “We had that thing with Sansa. I completely get it, but it’s a challenging show. One of the reasons it’s as loved and admired as it is, is it doesn’t take the easy route. It really does throw things in your face.”

The season five finale airs Sunday at 9p.m. on HBO. 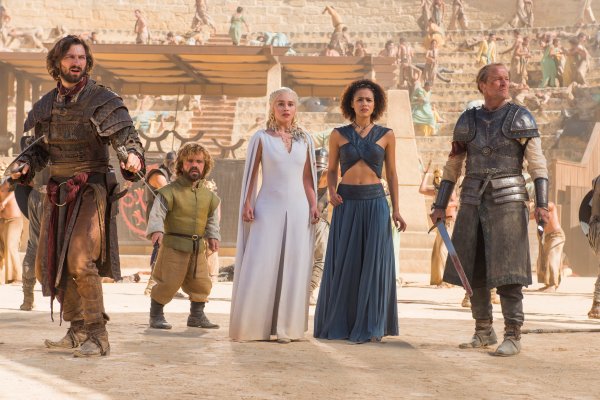 Here's How Emilia Clarke Reacted When She Heard Danaerys Would Meet Tyrion
Next Up: Editor's Pick