Jurassic World hits movie theaters on Friday. To mark the occasion Screen Junkies are taking fans down memory lane for a frank look at one of the franchise’s less successful installments — The Lost World: Jurassic Park, the 1997 sequel to Jurassic Park that both critics and fans agreed fell far short of Steven Spielberg’s original.

The new Honest Trailer, at bottom, starts with the film’s name (“Shouldn’t that title be the other way around? No? Okay.”) and gets more, well, honest from there. According the new trailer, “the unnecessary sequel” features “more deaths, more dangling vehicles, and more giant, practical T. Rex heads passing next to things.”

The Honest Trailer finds plenty of flaws to point out in the film, including the strange loss of charisma by Jeff Goldblum’s character, Julianne Moore’s scientist who is dubbed “The Worst” and the overall dullness of the “generic run-away-from-dinosaurs movie.”

Ultimately, the trailer asks the important question: “Are we supposed to be rooting for the dinosaurs or the people?” 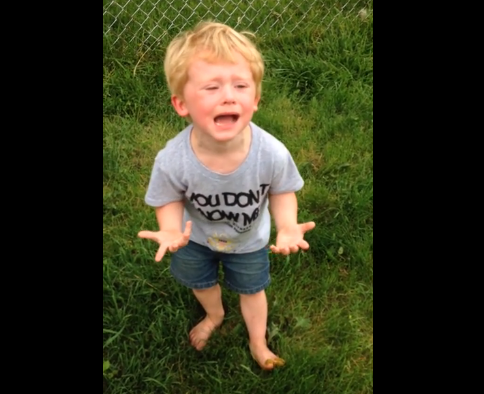 Watch This Kid Have a Complete Meltdown After Stepping in Dog Poop
Next Up: Editor's Pick