Here Are the Top 5 CEOs, According to Their Employees

Glassdoor, the jobs site, has released the results of its third annual Employees’ Choice Awards. The survey honors the highest-rated CEOs of large companies (those with more than 1,000 employees) that are based in the U.S.

So who took the No. 1 spot? Google cofounder and CEO Larry Page (also Fortune‘s 2014 Businessperson of the Year), who earned a 97% approval rating from Google employees. Mark Parker, the innovation-hungry CEO of Nike, tied Page with a 97% approval, although Glassdoor separates the two leaders, giving Parker second place.

Who rounded out the top five? The top execs at some big companies you know, and some you may not: Charles C. Butt of Texas-based H.E.B. Grocery Stores (it stands for founder Howard E. Butt as well as the slogan “Here Everything’s Better”) took third; Mark Zuckerberg of Facebook (ever heard of it?) got fourth; and Scott Scherr, CEO of Florida-based cloud software company Ultimate Software, got fifth.

More: Read about Google in the new Fortune 500 list

Lloyd Blankfein of Goldman Sachs, and Tim Cook of Apple, both just missed the cut, scoring seventh and tenth, respectively. But the executives each broke 90% approval ratings — that’s not something to be disappointed about. 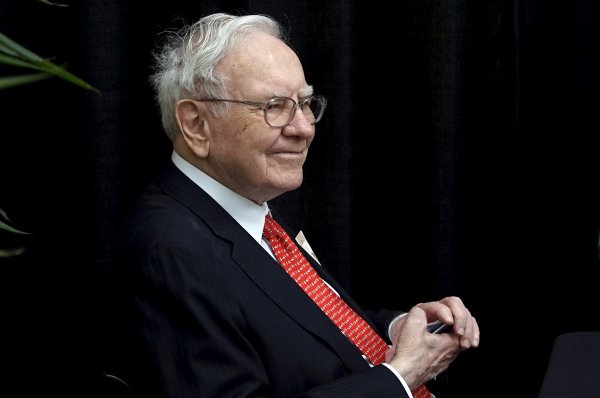 This Is How Much It Costs to Lunch With Warren Buffett
Next Up: Editor's Pick