Kim Kardashian to Get Her Own Selfie-Taking Wax Figure

Madame Tussauds London said Wednesday that it will soon present a wax figure of Kim Kardashian in her most famous pose: arm extended with mobile phone poised to take a yet another selfie.

Not only will the new waxwork – due to be unveiled in July – capture the reality star partaking in her favorite pastime, but guests will be able to get involved too. By sidling up to the figure, striking a suitable pose/pout and pressing the button, an actual photo will be taken from the device in the wax figure’s hand.

And, in keeping with Kardashian’s strict “3 image rule,” which dictates that no more than three selfies can be taken in the same location, there’s a constantly changing backdrop.

“When we were thinking about how we should portray Kim here at Madame Tussauds London it quickly became obvious it HAD to be taking a selfie,” said Edward Fuller, general manager of the attraction.

Madame Tussauds has long focused on Kardashian, immortalizing her in various themes. In 2011, its Hollywood branch unveiled a wax likeness of the star in a wedding dress just two days ahead of her actual wedding to Kris Humphries. 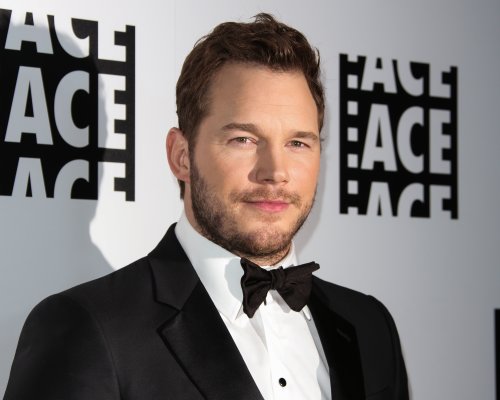 Why Chris Pratt Was Blown Away By His First Celebrity Sighting
Next Up: Editor's Pick