Watch Newly Discovered Footage of Amelia Earhart, Made Shortly Before She Disappeared

Newly discovered footage, published for the first time, shows doomed aviator Amelia Earhart before one of her two attempts to fly around the world.

Her first attempt, made in March 1937, ended when she crashed her plane while taking off after a stop in Hawaii. During the second attempt, made three months later, Earhart vanished over the Pacific Ocean, her fate unknown to this day.

The newfound film was recorded at an airfield in Oakland, Calif., and shows a happy and smiling Earhart as she poses for photos and climbs over her plane, the Lockheed Electra L-10E, reports CNN.

The footage also shows her husband George Putman, her navigator Fred Noonan, and personal photographer Albert Bresnik. The grainy 16 mm film is believed to have been shot by Bresnik’s brother John and had sat on a shelf in his house for more then 50 years until his death in 1992.

Bresnik’s son, also called John, unearthed the film when he was going through his father’s belongings.

“I didn’t even know what was on the film until my dad died and I took it home and watched it,” Bresnik told the Associated Press. “It just always sat it in a plain box on a shelf in his office, and on the outside it said, ‘Amelia Earhart, Burbank Airport, 1937.'”

The film, now named Amelia Earhart’s Last Photo Shoot, will be released in July by the Paragon Agency alongside an 80-page book, written by Nicole Swinford.

Swindford believes the footage was shot in May 1937, days before Earhart and Noonan set off on their fateful journey.

But Richard Gillespie, executive director of the International Group for Historic Aircraft Recovery, said the film was likely shot in March, before Earhart’s unsuccessful first attempt.

Earhart became the first woman to fly solo across the Atlantic Ocean and was one the most celebrated figures of her day.

Read More: Is This the Uninhabited Pacific Island Where Amelia Earhart Spent Her Last Moments? 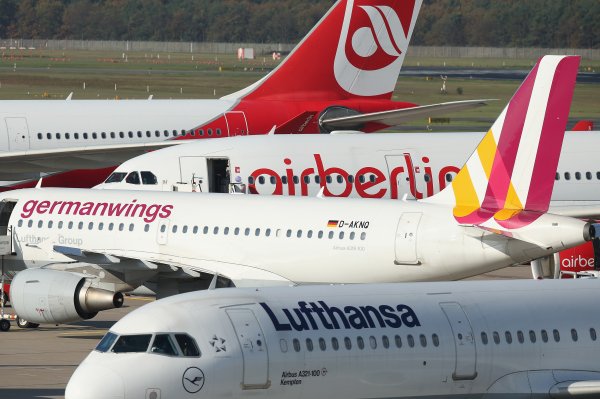 This Airline Will Charge You More for Booking on Travel Websites
Next Up: Editor's Pick