Here's Where Orange Is the New Black Left Off Last Season

Binge-watching a show like Netflix’s Orange Is the New Black in just a few days means never letting a cliffhanger leave you hanging. But it can also leave you with a fuzzy recollection of what happened when it’s time for a new season one year later. With just a few days before 13 new episodes of Netflix’s prison drama (prison comedy?) arrive all at once, here’s where last season’s most important story lines left off:

Piper Chapman (Taylor Schilling): Prison hardened Piper in season two, evident by the way she treated new inmate Brook Soso, who may have been a bigger fish-out-of-water in Litchfield than Piper first was. Piper also got to leave the prison for some outside excursions in season two — some not so fun (Chicago, to testify in court) and some…still not so fun (she’s granted furlough, but only for her grandmother’s funeral). During that brief time away from Litchfield she visits Alex, learns of her plans to flee town and has her best friend Polly (now in a relationship with Piper’s ex-fiancé Larry) tip off Alex’s probation officer.

Alex Vause (Laura Prepon): A plea deal for naming a drug lord in court freed Alex from prison, so Orange fans didn’t see much of “the Betty Page of Litchfield” last season. But her cooperation with the legal system wasn’t enough to take the vengeful kingpin down, so Alex spent much of her freedom on the outside fearing for her life. She even decided to flea town at one point, but Piper (via Polly) rats her out to her probation officer and gets Alex sent back to prison.

Taystee (Danielle Brooks) and Poussey (Samira Wiley): Taystee had long history with the villainous Vee, as we learned from season two’s flashback, so she spent much of the season by her side, despite warnings from Taystee’s BFF Poussey, one of the few inmates who seemed immune to Vee’s spell. That put a serious strain on their friendship, which Vee manipulated to her advantage. Thankfully, they patched things up after Taystee wisened up to Vee’s devious ways.

Dayanara Diaz (Dascha Polanco): Pregnant with super-cute-security-guard Bennett’s baby, she spent season two worrying about her child’s future, fighting with Bennett over his lack of responsibility and second-guessing her plan to name Pornstache (the corrupt corrections officer) as the father to protect the real dad. Bennett eventually spilled the beans to fellow prison employee Caputo, who pretty much shrugged off the confession and told Bennett to stay quite about the relationship.

Galina “Red” Reznikov (Kate Mulgrew): The last time we saw Red, she didn’t look so good — Vee had just taken a slock to her face and given her one brutal beating, betraying whatever semblance of a truce the longtime rivals came to during the previous night’s storm. At first Red didn’t want to go on the record about the identity of her assailant to the prison authorities, but Sister Jane helped convince her to speak up.

Suzanne “Crazy Eyes” Warren (Uzo Aduba): Vee took Crazy Eyes under her wing, not out of the kindness of her heart, but because she realized she could turn one of Litchfield’s most troubled inmates into the perfect foot soldier for her evil bidding. She even convinced Suzanne to take the fall for assaulting Red, but after Red broke her silence and named Vee, Officer Healy stepped in and produced a work order saying Suzanne was working electrical during that time.

Nicky Nichols (Natasha Lyonne): Her sex contest with fellow womanizer Big Boo aside, Nicky didn’t have a whole lot going on last season — her big moment in season two happened when she stole Vee’s stash of heroin in retaliation for attacking Red, which set off a series of events that led to Vee’s demise. For all the good it brought to Litchfield, that theft may not be so good for Nicky, a recovering heroin addict who could be tempted by her spoils in season three.

Lorna Morello (Yael Stone): In a heartbreaking flashback last season, we learned Morello’s fiancé Christopher wasn’t actually her fiancé, just a guy she jealously stalked to the point of putting a bomb under his real girlfriend’s car. She even took advantage of her prison van privileges to sneak away one day and break into Christopher’s house, but he noticed her intrusion and showed up at the prison to threaten her and reveal her delusions to the other inmates. Morello later used her van powers for good when she handed the keys to dying inmate Rosa, whose joyride also put an end to Vee. 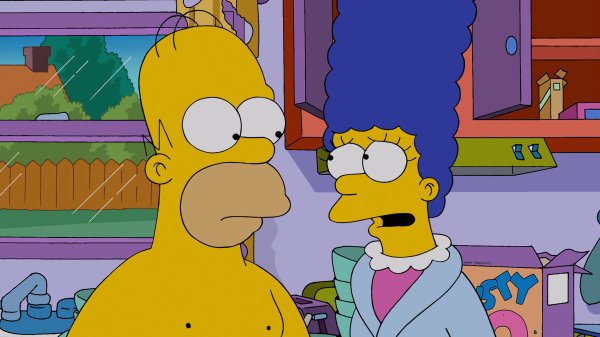 How That Simpsons Break-Up Will Stand Alongside Other Sitcom Splits
Next Up: Editor's Pick