The Next Big Drug to Treat Heart Disease

There’s a well accepted dogma in heart disease: too much cholesterol flowing through the blood vessels can jam up heart byways and lead to heart attacks, stroke and other problems. So lowering cholesterol, by eating fewer high-fat foods or taking advantage of drugs that can keep levels under control, can protect you against heart trouble.

A drug that promises to drop cholesterol levels to unprecedented levels—some say to as low as those found in infants—has to be a good thing. That’s what a Food and Drug Administration (FDA) advisory committee decided after reviewing data on the first candidate in a new class of heart drugs since the cholesterol-lowering statins emerged in the 1980s. The committee looked at studies involving alirocumab, developed by Sanofi and Regeneron Pharmaceuticals, and will do the same for a similar compound, evolocumab from Amgen, on Wednesday. Another drug, developed by Pfizer, is further behind the approval process. All three belong to a new class called PCSK9 inhibitors, which work by pumping out more LDL cholesterol receptors on liver cells; these can pull cholesterol out of the blood like sponges and keep vessels clear of the artery-clogging fats.

The committee voted 13-3 to recommend approval of alirocumab, determining that it was safe enough and provided significant enough benefits over existing therapies that it should be approved. The FDA usually follows its advisory committee recommendations, but isn’t bound by the advice.

The recommendation isn’t a surprise given the encouraging data so far on the drugs, but it is a bit unusual because there aren’t any long-term data yet on how patients taking these drugs fare. Normally, the FDA likes to see studies that follow people taking heart drugs, for example, for several years, and that demonstrate that they have fewer heart-related events and are less likely to die from heart problems than people not taking the medications. But the PCSK9 inhibitors have a unique advantage on this issue that may have helped them shortcut that process.

Some people are born with mutations that make them deficient in the PCSK9 enzyme, which tends to eat up and degrade LDL receptors. These individuals are blessed with low LDL levels throughout their lifetime and don’t seem to show any other adverse health effects. “These people are effectively experiencing the functional equivalent of taking one of these drugs for their entire life,” says Dr. Elliott Antman, professor of medicine at Brigham and Women’s Hospital and Harvard Medical School and president of the American Heart Association. “They almost never get vascular disease and tolerate their low levels of LDL very well. So they were the inspiration for developing drugs that inhibit PCSK9.”

Further studies of the drugs that mimicked the effect of the genetic mutation showed that almost everyone taking them enjoyed a drop in LDL cholesterol levels of up to 65%. Some people in the trials have seen their LDL levels go down to 25 mg/dL or below; in previous guidelines, heart experts advised people without a history of heart events to aim for LDL levels of 100 mg/dL or below and for heart attack patients to shoot even lower, for 70 mg/dL or less.

“These drugs are a big deal,” says Dr. Steven Nissen, chariman of cardiovascular medicine at Cleveland Clinic who is leading a study on the Amgen drug to see if it can not only lower cholesterol, but actually reverse existing plaques in the arteries. The dramatic effect that PCSK9 inhibitors have on cholesterol is making doctors also rethink how they treat heart disease. The latest guidelines from the American Heart Association and the American College of Cardiology did away with target cholesterol levels, and the new class of drugs may support that trend, pushing doctors to advise patients to go as low—meaning as close to zero cholesterol in their blood—as they can.

“I think right now that will scare most people,” says Dr. Seth Martin, assistant professor of medicine and cardiology at Johns Hopkins School of Medicine. “But the science supports that it’s safe.”

The FDA would still have to determine for which patients the drugs should be prescribed. Some panel members recommended that the first indication include only those with genetic conditions that make them more vulnerable to abnormally high cholesterol levels, or those who can’t tolerate statins. Because statins are generally effective, the new drugs may also be recommended as second line therapy, to be used only after patients have failed to respond to statins, Unlike statins, which remain the best-selling prescription drugs in the U.S., the PCSK9 inhibitors need to be self-injected, either every two weeks or once a month.

If approved, even for a limited group initially, the drugs are likely to make their way into the broader-based heart-disease patient population—and quickly. “I have patients keeping an eye on this, who said to me, ‘This sounds pretty good, how can I get some now?’” says Antman. “They asked me to give them a call if it gets approved.” Not all of them have a genetic predisposition to high cholesterol levels, but, Antman notes, “they are sophisticated patients and say ‘I’ve had a good response to statins, so if I took this on top of the statin, I could cut my current LDL in half. Doesn’t that mean good things for reduction of my risk?’ And the answer is yes, it does.”

If the FDA does decide to approve alirocumab and other PCSK9 inhibitors, the agency will likely require the manufacturers to keep registries of patients using the drugs and monitor any side effects or other adverse events that may arise. 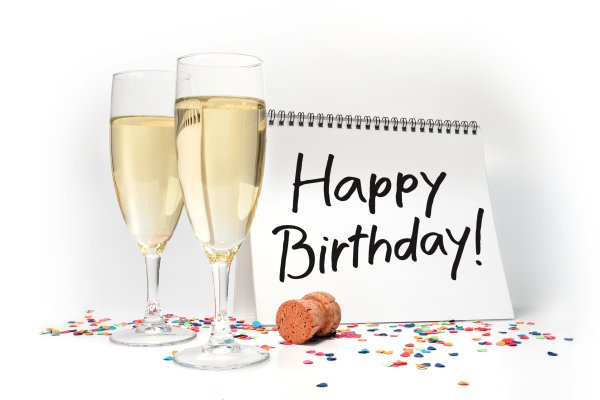 See What Diseases You're at Risk For Based on Your Birth Month
Next Up: Editor's Pick