I Spent 16 Years in Solitary Confinement Hell. It Needs to End.

Getty Images
Ideas
By Anthony Graves
Anthony Graves is a public speaker, activist, and founder of the Anthony Graves Foundation, an organization that raises awareness about the need for criminal justice reform.

Whatever you think hell is, that’s what solitary confinement is—365 days a year, 24 hours a day. It’s a system that seems designed to break a man’s will to live.

I spent 18 and a half years in prison, 12 on death row, for a crime I did not commit. Sixteen of those years were in solitary confinement. I was exonerated and released in 2010.

Because I was innocent, I never let myself feel like a death-row inmate. I tried to think of my years in solitary confinement as a kind of boarding school to prepare me to come out and be a messenger for justice today. But by no means was it easy.

The way they treated me was dehumanizing. It was like I was an animal. I had 60 square feet, with four walls that seemed to close in on me every day. I could sometimes hear guys screaming.

The routine was always the same: I would get up in the morning at 3 a.m. for breakfast, which could be a cold egg, a biscuit, and an expired pint of milk. Around 5:30 a.m. the guards would come, make me strip, handcuff me, and lead me 30 steps to a larger room for an hour of rec time by myself. Then they would make me strip, handcuff me again, and take me to the showers.

Lunch started at around 9 a.m. It was food you wouldn’t feed to your dog, even if he tore up your best pair of shoes. Then I’d write letters and work on my case. At about 3 p.m. I’d get my final meal—the last food I’d have until the next morning. As the death-row guards would say, they aren’t there to feed you; they’re there to keep you alive until they kill you.

Solitary confinement plays tricks on your mind. You’re bound by four walls, you’re cut off from society, and you’re left with just your own thoughts. Sometimes you start to feel like, if they treat me like this, I’m going to act like this. And then you risk becoming the kind of person that it seems like they’re trying to tell society that you are.

Human contact was what I missed most—something that told me that I was still loved, and that I was still able to love. We don’t realize how important human contact is. When we give hugs and shake hands, it’s because we need to. I don’t know how to explain the emptiness it leaves when you are not allowed human contact anymore. It felt like they were starving me to death.

When I got out, the first person I hugged was my attorney. We hugged, and we cried—for what happened to me, for what my mother went through, and for my children, who hadn’t touched their father in 18 and a half years. And then I went home and hugged my mother.

The day that I was released, Oct. 27, 2010, I walked out of solitary confinement and into the free world. I’ve been able to transition with a lot of support around me. But many inmates don’t have that kind of support.

Freeing an inmate from solitary can be risky. You’re taking someone who has had no hope, no tools to succeed in this world, and you’re putting them back in society and asking them to do the right thing. Sometimes they’re so angry and hopeless that they commit another crime just to go back in.

Solitary confinement is designed to keep you in it; it’s not designed to get you out of it. Sometimes you do need to separate inmates. But we need a system that’s designed to counsel them and help them transition back into society—not keep them locked up alone for years, driving them out of their minds. 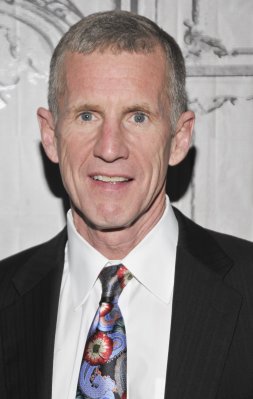 General Stanley McChrystal: How the Military Can Teach Us to Adapt
Next Up: Editor's Pick