Why We Finally Have the First True 'Smartphones'

When did smartphones become “smart?” Was it when they added Internet browsers? Multi-touch-sensing screens? Poop emoji? There’s nothing truly smart about any of those features, many of which had been around for years before the iPhone revolution. In fact, our phones were still pretty dumb for years after the prefix “smart” started getting attached to them and then pretty much everything else.

That is finally changing. With Apple’s announcement Monday of a smarter, “proactive” Siri that absorbs your behaviors and predicts what you’ll need and when, the company is finally joining rivals Google and Microsoft in making smartphones that actually are. Smarts, or intelligence, isn’t simply a matter of more sensors, more processing power, more features. It means being able to change behavior by employing all that technology.

Google has long led the way with Google Now, which can, for instance, pull up your electronic boarding pass when it’s time for your next flight or map the best route to the office based on current traffic conditions. Microsoft’s Cortana, which is being improved and included as part of the company’s upcoming Windows 10, is equally intelligent, if not potentially moreso. And now Siri is getting smarter, too.

There’s something new and a little strange about this kind of electronic intelligence. Namely, they feel like a combination of magic and “well, duh.” All the information your phone needs to let you know it’s time to leave for your next meeting is already baked in—your calendar app has your appointments, your GPS knows where you’re at right now, your mapping app is getting live traffic data. Why shouldn’t your phone be able to tie all that together for you? Android users have known this pleasure for years, Apple loyalists are about to learn it, many for the first time.

That’s the simple stuff, though. Things get more interesting when your phone starts trying to learn your daily habits and serve you up the content it thinks you want at a given moment. It sounds promising—no more awkwardly fiddling through folders and apps searching for what you want. But how accurate could it possibly be? Are we predictable enough—boring enough, in other words— that Siri will really get us?

Sadly, for me at least, the answer is yes. Siri will learn that I open up one news reader on the subway every weekday morning, but I prefer a different one on weekends. She’ll learn that I text my fiancée to figure out dinner plans almost every afternoon. She’ll learn the embarrassing amount of time I spend reading Marvel comics after work. And that’s when I will get an actual smartphone. 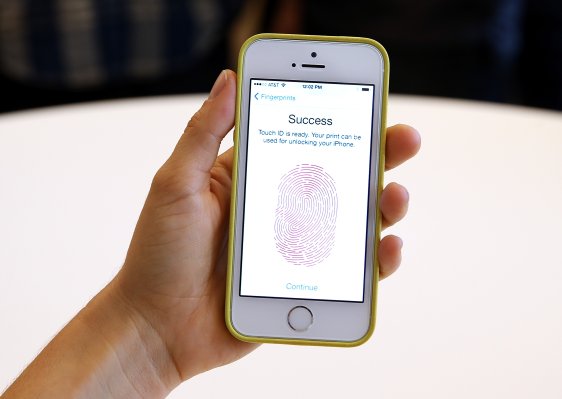 Your iPhone Is About to Get Harder to Hack
Next Up: Editor's Pick