Hugh Jackman on Building a Coffee Empire: 'It's Advocacy, and It's Also Entrepreneurism'

Australians, according to Hugh Jackman, are “arrogant” about their coffee—but Jackman’s interest in the beverage has taken a turn that’s both altruistic and entrepreneurial.

Last week saw the limited opening of the documentary Dukale’s Dream, which charts a trip Jackman took to Ethiopia, where he met the coffee farmer that inspired the film’s title and learned about fair trade. Dukale’s name is also on one of the blends of Jackman’s Laughing Man coffee that as of last week became available in pods via Keurig Green Mountain; there are two Laughing Man cafes in New York City and a Laughing Man Foundation.

TIME talked with Jackman—who insisted he couldn’t tell us whether or not he’s going to show up in X-Men: Apocalypse—about the documentary and his coffee-related goals.

TIME: The documentary traces your journey to understanding. Was that always the way you conceived it?
Hugh Jackman: It originally began as probably a 15 to 20 minute short film highlighting the work of World Vision. In Australia, I don’t know if they have them here, they are a lot of World Vision specials. And [Tim Costello] said, let’s tell the story of coffee because actually that’s a really practical way people can, on a daily basis, make a massive difference. I had no idea six years later the ending of that story would be a major launch with Keurig Green Mountain with Dukale’s name on the brand of the coffee.

Obviously the documentary shows your relationship with Dukale. Was that an instant thing?
I just felt a connection with him. We didn’t speak the same language. I worked with him. He would laugh at me because he could tell I was struggling a little bit at times. I’m an actor, after all—I’m not used to real hard work.

Do you still keep in touch with him?
We write letters to each other.

About?
First of all he has two trees there named after my kids. He wrote to me a couple years back that they’re bearing beans, and he said you’ve got to come out and harvest some beans.

How do you balance entrepreneurship and advocacy?
I see a meld with those. With Paul Newman I saw a really practical strong, powerful way to use his capital of his profile for incredible good beyond his life. That company continues to grow. In its pure form, I believe in capitalism too, so I love the idea that Paul Newman has created a great product. As an actor I had no idea I was going to be famous—you can’t bank on that. It wasn’t my goal. It happens and all of a sudden people approach you: You could be an ambassador! You could be a patron! You could do this! That’s valuable, but next to the model I saw from Paul Newman, not nearly as valuable. Not that you’ve just got your name on it—you can create something that can create jobs as well as really give back to the growers like Dukale. We buy from Dukale and his beans are in our cafe right now in Tribeca. We make sure he gets a great price, and also you can provide jobs. That’s why I love this project in particular. So in a way it’s advocacy, and it’s also entrepreneurism and that’s something we would like to foster more of.

People are coffee aficionados. Were you interested in coffee?
“Snob” is the word I’d use. Coffee snob. I’m Australian—we love our coffee and we’re a little arrogant about it. That’s why one of the reasons we have the cafe there, so I could get a really good flat white in the city. The coffee house in Australia is that kind of meeting place. There’s a slightly different atmosphere in a cafe in Australia and the coffee’s slightly different. We’ve tried to emulate that. 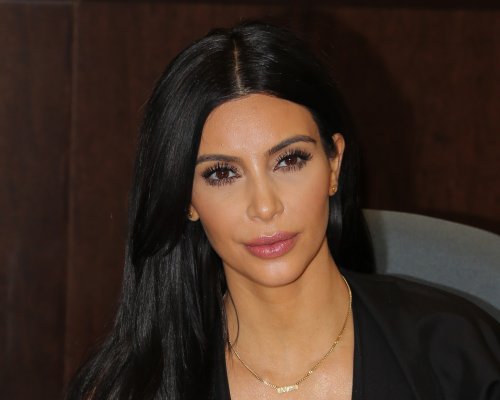 Kim Kardashian to Get Her Own Selfie-Taking Wax Figure
Next Up: Editor's Pick