Here's How Campbell's Is Moving Beyond Soup

Cans of Campbell's tomato soup are displayed on a shelf at Santa Venetia Market on May 20, 2013 in San Rafael, California.
Justin Sullivan—Getty Images
By Claire Groden / Fortune

Campbell’s Soup Co. is looking to expand beyond its reputation for soup as sales of its namesake product lag.

Campbell’s announced Tuesday that it would be acquiring Garden Fresh Gourmet, a Michigan-based brand that produces refrigerated salsa, hummus, dip and chips, for $231 million. The upscale brand, which grew out of a restaurant near Detroit, will boost Campbell’s offerings in trendier, fresher foods as sales of its soup products plummeted 10% in the last three months alone.

Garden Fresh Gourmet will join a new category of the packaged food company called the Campbell’s Fresh division, which so far offers carrots, salad dressings, and cold-pressed organic juices. According to Campbell, packaged fresh food sales increased 4.9% across the country in the past year to represent an opportunity worth more than $19 billion in total.

Meanwhile, sales of packaged and processed foods across the industry have continued to fall. Kraft Foods, which sells products like Oscar-Meyer and Jell-O, saw a 62% drop in profits last year. This March, General Mills — purveyor of Betty Crocker and Cocoa Puffs, among other brands — reported a sales drop for the sixth straight quarter.

Campbell’s may be leading its rivals in a swift pivot toward fresh foods: the Garden Fresh Gourmet acquisition follows on the heels of its acquisition of the organic baby food company Plum, Bolthouse Farms (which offers baby carrots and juice smoothies) and the Kelsen biscuit brand. 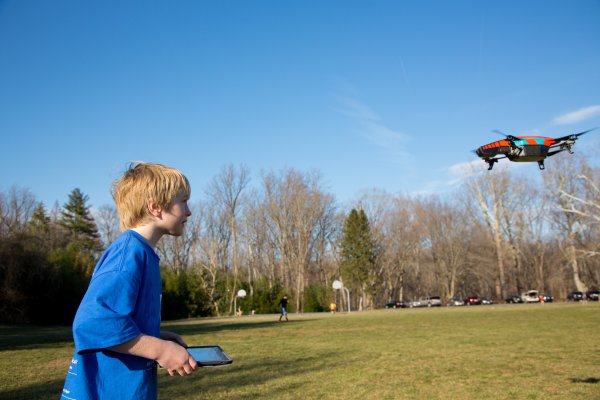 Why This Huge Retailer Is Betting Big on Drones
Next Up: Editor's Pick