Rapper The Game turned himself in to authorities on Monday for allegedly punching an off-duty police officer in the face.

The incident took place on March 29 while the two were playing a game of basketball at the Hollywood High School gym, according to Reuters. The punch was allegedly recorded on video and posted online, the Associated Press reports.

The Game, whose real name is Jayceon Terrell Taylor, was booked on suspicion of making criminal threats after surrendering to police at noon on Monday. He posted $50,000 bail within the hour and was released.

Officials did not address why there was such a long delay between the incident and the arrest.

But the rapper has kept a sense of humor throughout the entire ordeal. On Monday, The Game posted a shot of himself squatting outside the LAPD’s Hollywood station, captioning the pic, “Waiting on my uber.”

This article was originally published at People.com 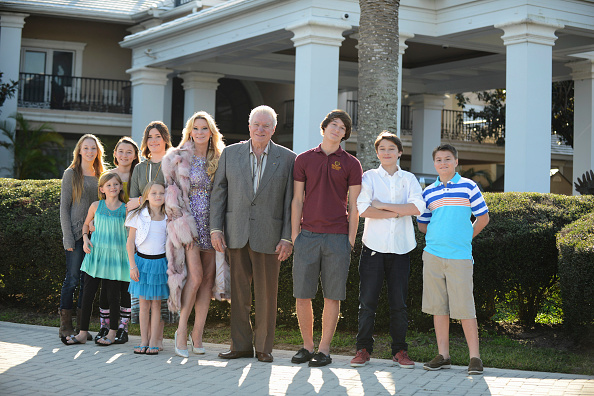 Teen Daughter of Queen of Versailles Stars Struggled With Addiction to Prescription Drugs
Next Up: Editor's Pick