Brazilian-born Celso Santebañes, who earned the nickname of Human Ken Doll, has died after a five-month struggle with leukemia, according to Yahoo! Brasil.

Santebañes reportedly spent tens of thousands of dollars on surgery to alter his appearance, transforming himself into a real-life version of iconic doll Barbie’s boyfriend, Ken.

The 21-year-old died from bacterial pneumonia, brought on by his battle with the rare blood cancer. He died on Thursday at the Federal University of Uberlândia Clinical Hospital in Brazil, where he was undergoing his latest round of chemotherapy, according to the Latin Times.

Santebañes first discovered he had cancer after visiting the hospital to treat infections caused by hydrogen fillers that were previously injected into his legs, according to The Mirror.

The Brazilian began the surgical transition into the Mattel doll after winning a modeling contest at age 16. He had four operations on his nose, chin and jaw, in addition to getting silicone implants in his chest, reported The Mirror.

Santebañes, who changed his last name from Borges Pereira, reportedly charged up to $16,000 for VIP appearances, according to the news outlet.

The media personality called himself a “doll enthusiast” and even launched his own line of Celso dolls in Los Angeles before falling ill in January.

Santebañes initially shared the tragic news of his diagnosis on Instagram, posting an image from his hospital bed of an IV line.

“I’ve cried .. I see my world collapsed, I do not want anyone to pity me, just pray for me and respect me,” he wrote, loosely translated from Portuguese, in January.

According to the Latin Times, Santebañes became less concerned with his appearance in recent months; instead, he channeled his energy into his health.

“Today I start a new cycle of my life,” he said earlier this year. “I am starting chemotherapy and I admit I’m a little concerned about some side effects, like hair loss, nausea, my body’s rejection [of chemotherapy], among other things, but I am no longer concerned with the issue of aesthetics. For me that doesn’t matter. What matter is my health now, and I will fight for it.” 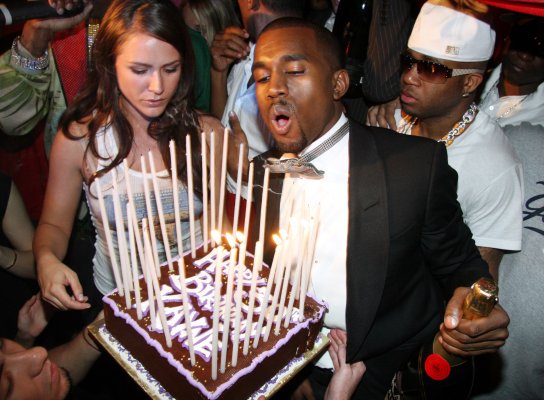 Here Are 38 Birthday Wishes for Kanye on His 38th Birthday
Next Up: Editor's Pick