American Pharoah just became the first racehorse to win the sport’s Triple Crown in 37 years, but is it possible that the excitement from Saturday’s victory at the Belmont Stakes could carry over to the stock market?

History says no. In the 10 other years where horse-racing saw a Triple Crown winner, the S&P 500 generally faded away in the final stretch, posting negative numbers through the end of nine of those 10 years. In fact, the average S&P 500 performance in those years (all of which came between 1930 and 1978) would be a decline of 9%, according to Bespoke Investment Group. That’s compared to average positive returns of more than 5% for the index in years without a Triple Crown winner, going back to 1928.

Some of those averages are weighed down by the fact that three of the years that produced a Triple Crown winner fell in the middle of the Great Depression and the S&P 500’s performance dipped by about 35% in two of those years, though it improved in one, as well. In the most recent decade to produce a Triple Crown winner, the 1970s, the S&P 500 declined an average of more than 5% after the Belmont Stakes in the three Triple Crown years.

Of course, you would be hard-pressed to find a Wall Street analyst who actually thinks that the results of three spring horse races could significantly move the markets. Most experts forecast full-year gains for the S&P 500 this year after the index improved by nearly 14% in 2014. As of this afternoon, though, stocks have declined since American Pharoah’s win, though Monday’s poor market performance is more likely linked to impending interest rate hikes rather than the Triple Crown. 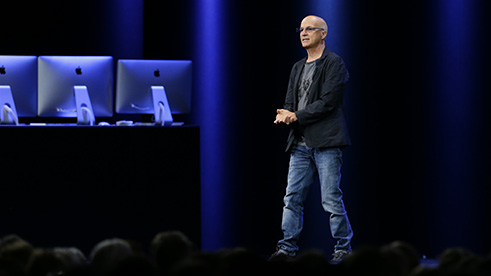 Apple Takes on Spotify With New Streaming Service
Next Up: Editor's Pick